The infographic compares the market penetration, user demographics, and advertising related to iOS and Android.

The tablet market share is split almost evenly, with Android's at 48.8% and iOS's at 46%. However, considering tablet app download share, iOS dominates with 75% while Android accounts for only 17%.

So, do those stats mean marketers should focus on Android when making apps for smartphones, and on iOS when creating apps for tablets?

Marketers should also consider (among other factors not mentioned in the infographic) user demographics (such as user income distribution), revenue made from apps, and speed of app revenue growth, as well as current best-selling devices and number of apps available. 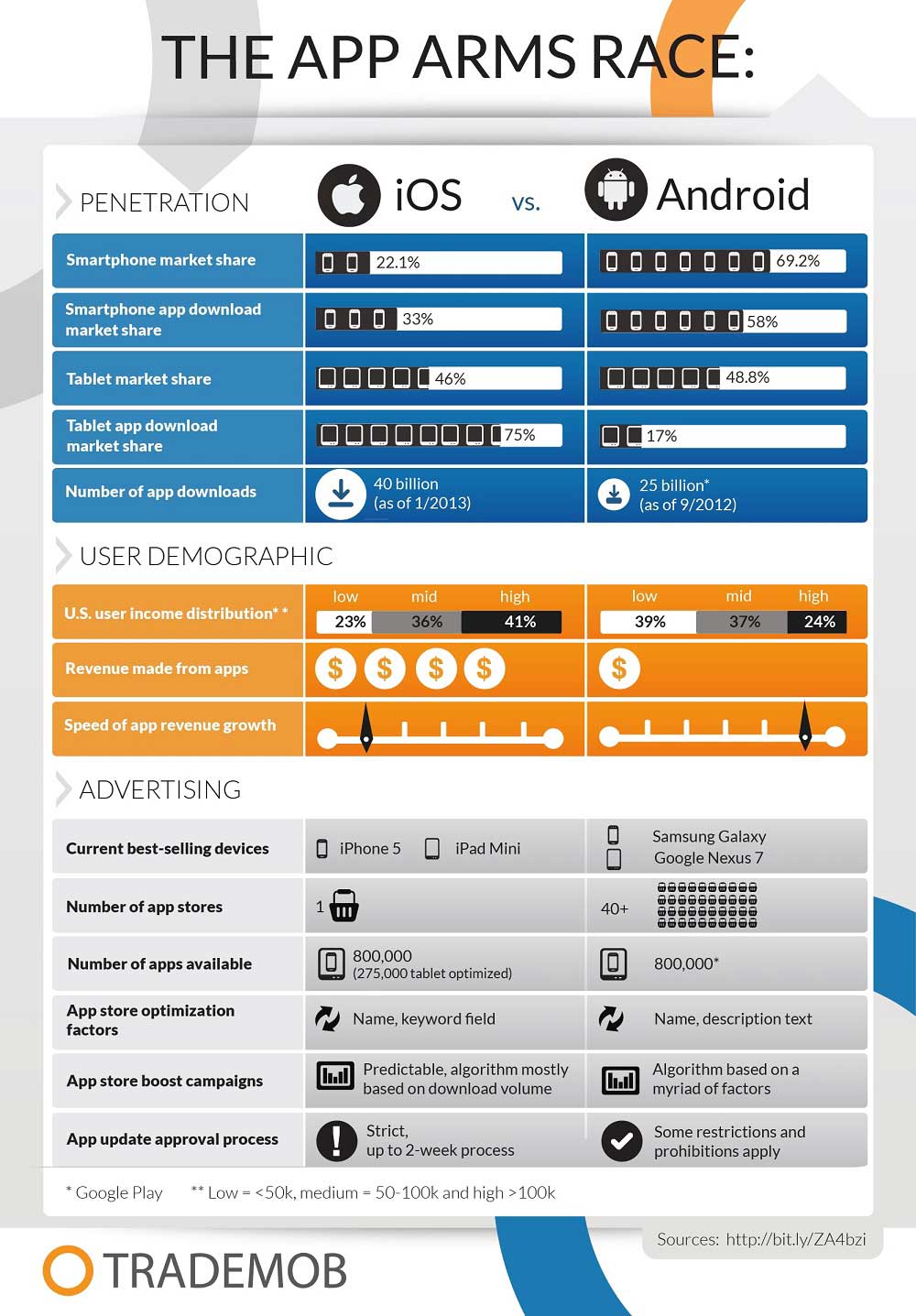 Veronica Jarski is managing editor at Agorapulse and a former editor and senior writer at MarketingProfs.