#SocialSkim: Snapchat Challenges Facebook in Video, Plus 13 More Stories in This Week's Roundup

Find out how Facebook is making it easier to score newsletter subscriptions via Instant Articles, and how to target specific companies on LinkedIn with ads. We'll also teach you how to use Facebook's new emoji for your B2B strategy, and reveal how Snapchat plans to help ad folks track their campaigns. Skim to stay sharp!

Snapchat catches up to Facebook in daily video views

8 billion video views per day. That puts the ephemeral-messaging app on the same level as Facebook, which has over 10 times Snapchat's number of daily active users. Video views on Snapchat are up over five times from a year ago, and the average user spends 25-30 minutes on the platform each day.

The company's CEO revealed the impressive numbers during his first keynote presentation to investors, and it comes amid an onslaught of Snapchat news pointing to new ad tech and performance metrics.

If your curiosity is piqued, consider these tips for integrating Snapchat into your marketing mix.

The weekend blazed with Oscar chatter, from the world's collective cheer for Leo to Lady Gaga's charged performance honoring the victims of college sexual harassment.

24 million Facebook users generated 67 million interactions during the ceremony. With 440,000 tweets every minute, Leonardo DiCaprio took the greatest share of voice on Twitter (as well as Facebook), earning more than Ellen Degeneres's beloved 2014 selfie. Click to see the top moments on each platform!

It's worth the wait. @LeoDiCaprio you did it! #Oscar
(Credit: @pictoline)https://t.co/TUIm6xosru pic.twitter.com/TrfuclV2DN

Marketers using native ads via Sponsored Updates or Sponsored InMail campaigns can now "target user profiles based on a list of companies they want to reach with specific products or other sales," per Adweek.

The capability is dubbed LinkedIn Account Targeting, and allows users to target up to 30,000 prospects, a massive increase over the previous 100 allowed. Comcast and Salesforce tested the feature first, resulting in decreased costs per lead and increased performance metrics. Take note, B2Bers!

The social network posted an Oscars live Story on its website for all to see, even those without accounts. Once accessible only via the platform's mobile app, the stream reveals exclusive footage to Snapchatters and non-Snapchatters alike.

Whether this is a one-off trial or a sign of things to come, it appears Snapchat may be toying with a proper browser experience that includes profile pages and embeddable Snaps, like Instagram and Vine. Keep an eye out; this could be a game-changer in Snapchat adoption. 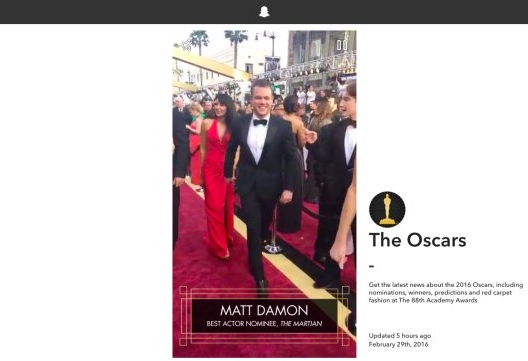 4. How B2B's can use Facebook's new emoticons

Now that Facebook's 1.49 billion monthly active users have five new emotions (besides the basic Like) at their fingertips, how should B2B companies make use of them? Shooting for a "like" is still admirable, but it striving for "haha's" and "wow's" from prospects brings nuance to engagement metrics.

This piece touches on each of the new emoticons, providing insight on what to aim for and avoid, as well as what sentiment insights your brand can generate from what is possibly the biggest change in the platform's history.

5. Now publishers can use Instant Articles to collect email subscribers

Select publishers, like The New York Times and Washington Post are testing the feature, designed to alleviate concerns that publishers are losing their direct relationship to audiences in exchange for hosting content directly on Facebook.

By integrating newsletter sign-up messages at the bottom of Instant Articles, they can strengthen one channel they still have control over—email. No word yet whether the feature will be expanded to all, but it's worth familiarizing yourself with the basics of Instant Articles here, just in case!

Users responded positively to Facebook's new "Canvas" format, which looks like a normal ad but quickly transforms into a full-screen, interactive experience. The ad type can include slideshows, video, descriptions, and a scrollable interface, but only works on Android and iOS. The best part? Facebook's made it easier than ever for those of us without coding or design skills, by including a Web interface that boasts real-time preview capabilities.

The format will also roll out on Instagram in the second half of 2016. Learn all the artsy details about Canvas here.

A study from social analytics firm Locowise found that although Instagram follower growth remained strong compared with Facebook and Twitter, post engagement rates in January dipped 12% from December, suggesting its higher emphasis on advertising could be watering down organic engagement.

A bright spot: the photo and video sharing app still boasts engagement rates higher than Facebook and Twitter, so read all the findings closely! 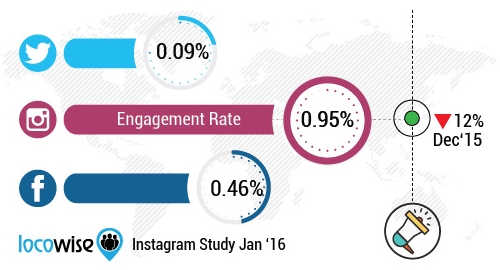 Nielsen will start keeping tabs on ads within Snapchat's Discover and Live Stories sections, with tracking of Sponsored Geofilters coming in the future. The Nielsen Digital Ad Ratings will enable advertisers to see reach, frequency, demographics, and gross ratings points (GRPs) insights for campaigns. Great news for marketers who, despite desperately wanting to reach the app's 100 million daily active users, often couldn't get the metrics necessary to make that happen.

According to Zuckerberg, Facebook users spend three times longer viewing live videos than pre-recorded ones, and more than 50% of those viewers use Android devices. That means the 'Book will be expanding the live video streaming feature to Android devices. The rollout began in the US this week and will continue to expand globally. 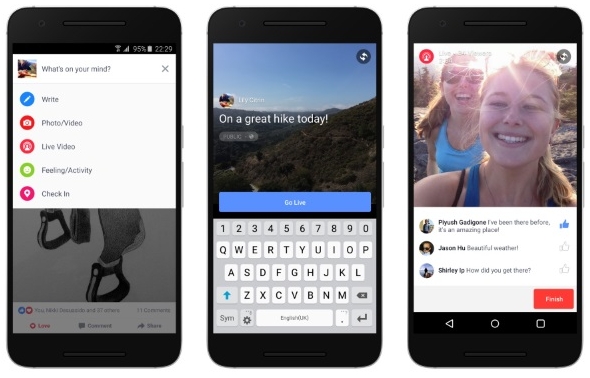 And it did so after reaching 400 million shared photos, 100 million of which were shared in the last month alone. Moments, Facebook's dedicated app that automatically scans your phone's camera roll and tags friends using facial recognition, plans to incorporate support for video slideshows in the future.

The app's growth could be hindered by the social network's inability to launch the product in Europe because of privacy concerns, but 400 million is still a huge milestone.

11. Feast your eyes on the ultimate social and digital ad size guide!

Tired of sorting through notes and scouring specifications pages to find the right pixel sizes for the right social network? Say no more. Adsvise is a free, one-stop tool that provides all of that for you, and is updated regularly. You're welcome. 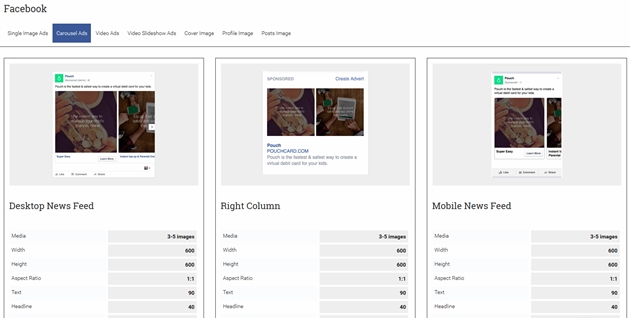 Google's Safe Search is insufficient to keep your kids from stumbling upon Miley Cyrus's VMA twerking performance. Relief is here:

Protecting children has become increasingly difficult in today's digital age. But Kiddle collects no personal information and clears its search logs every 24 hours, so parents in the know can have just a dash more peace of mind. 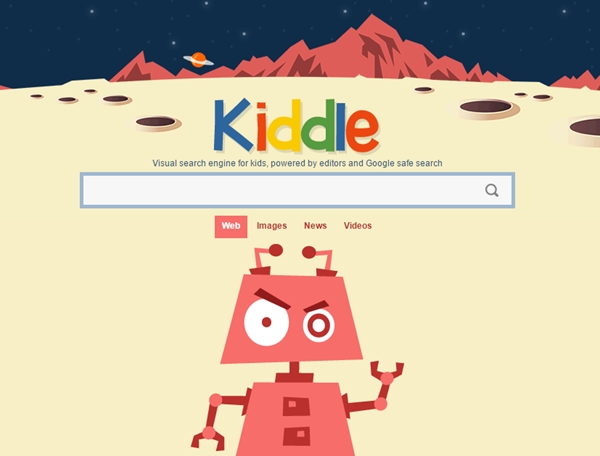 13. We'll wrap with how brands took advantage of Leap Day

From free Pizza Hut food for Leap Day babies to Chevrolet's ambitious #DayItForward campaign, marketers didn't sit idly by for the day that comes only once every four years.

Chevy's campaign proved the most elaborate, securing big names like Kevin Spacey to spread the message of using our 24 extra hours to make a difference in someone's life. Reminding us that any brand can take part in this kind of conversation, other companies took a simpler approach, with humorous tweets and photos.

Check out a Chevy campaign video below, and click through to discover the rest of the brand's tactics!