10 Marketing Lessons I Learned From the Israeli Army

Before I ventured into the exciting world of digital marketing, I had a short career with the Israeli Defense Forces (IDF). I don't tend to speak much of that time, but recently I found myself reflecting about some of the lessons I learned during my service and how they apply to my current role managing people as well as marketing campaigns.

Before every mission, exercise, or even routine training, you spend hours if not days on planning, preparing for every scenario that might come up. But even if you can't prepare for every single scenario, spending that time on planning helps you react faster when unplanned scenarios do come up. 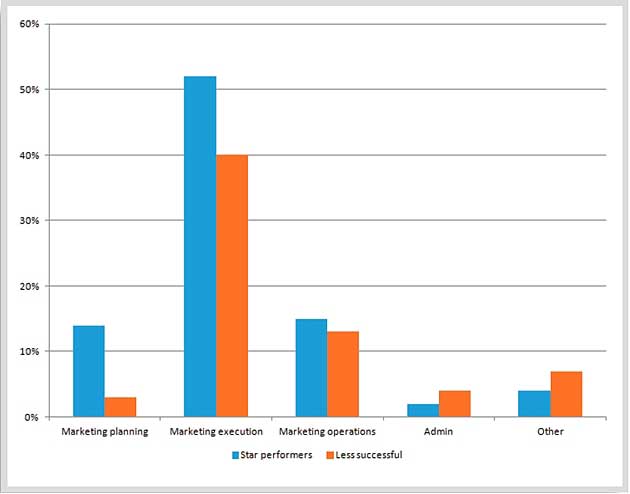 As a rule of thumb, you should spend at least 20% of your time on planning.

2. Situation analysis is the most important overlooked skill

I spent some time teaching cadets the basics of command and control, and the concepts of combat operation. During that time, I noticed that most plans and field operations failed because of overlooked elements in situation analysis. The terrain was not fully analyzed, the enemy's reserves were not taken into account, the political drivers were ignored... something in the initial and ongoing analysis had been overlooked.

I've seen similar occurrences in marketing (and business). It's hardly ever the execution that is really to blame (not that execution is always perfect, it's just not the main cause of failures); in most cases, something in the basic analysis of the situation was missing. The audience was the wrong one, the needs were not identified correctly, some competitors were ignored, or the price point was off.

In your planning, make sure you don't ignore basic elements of your situation analysis (SWOT analysis and the 4 Ps are a good place to start).

3. Find your beachhead and have a plan of attack

From the battle of Thermopylae to the Normandy Invasion to Operation Badr and the battle of the Chinese farm during the Yom Kippur War, every great battle in history was won by understanding the enemy's weak point and attacking it with full force.

Marketing, although not fought against an enemy, follows a similar concept. In his pivotal book Crossing the Chasm, Geoffrey Moore speaks about the concept of finding a beachhead, a niche market that you can use as a springboard to expand into other, broader markets. Finding your beachhead in marketing is understanding where you can fit in the market place and where you have the advantage over everyone else—and going full force after it.

In every marketing operation, big or small, first find your beachhead and then attack with all your power.

4. The weakest areas of your operation are the joints

I found this to be true in almost every battle I studied; the weakest areas, those most likely to break and fail, are where two units share a connection. I used to pay extra attention to the borders between my lieutenants and tried to put my best commanders (and myself) on the borders between my areas of responsibility and those of adjacent units.

This concept translates into business operation on every single level. The handoff point between Marketing and Sales is a known challenge; the transition of closed business between Sales and Customer Support; the connection between Product and Marketing. Wherever there's a connection between units, a border, a transition of responsibilities, that's where most operations will fail.

Position yourself where you believe the weak areas of your operation are—most likely where responsibility changes hands.

5. Decentralized, goal-oriented command is the only way to scale

The idea of decentralized, goal-oriented command is a fundamental concept in command and control theory and practice. The logic is that one person cannot be everywhere, touch everything, and control everything. So, to have control over the outcome, you need to decentralize the command, provide direction, and trust your commanders to execute and meet their goals.

In marketing, to truly scale, you have to trust that your team will execute to meet their goals. To achieve that, you will need to trust them—but also provide enough guidance to avoid any potential damage to your brand.

Set goals, objectives, and guidelines, and let your team own their areas of responsibilities.

6. Know how to separate the wheat from the chaff

War is the realm of uncertainty. Unknown variables, unforeseen scenarios, and unpredicted situations arise all the time. In this reality, the commander needs to be able to separate the signal from the noise, or the wheat from the chaff, and determine what's important and what's not, in order to make a decision.

In marketing, especially in digital marketing, where every pixel can be tracked and measured, one skill essential to running an effective operation is to be able to identify the important elements and ignore the rest. One of the keys for doing so is to remember your goals and identify the critical paths that lead to that goal; everything that is not on a critical path can be ignored or de-prioritized.

Identify the critical paths to achieving your goals and always make sure your plan follows them.

7. Have a backup plan

Plan A will more than likely fail, or it will be severely jeopardized, because the majority of the enemy's efforts are designed to defend against it. Having a secondary effort is vital in any military operation and requires assigning resources to execute and manage in parallel to the primary effort.

In marketing, you can't afford to assign resources to a secondary effort, but you can have a plan B in case your plan A fails to achieve your goals.

Have a backup plan that helps you achieve your goals in case your plan A falls short. 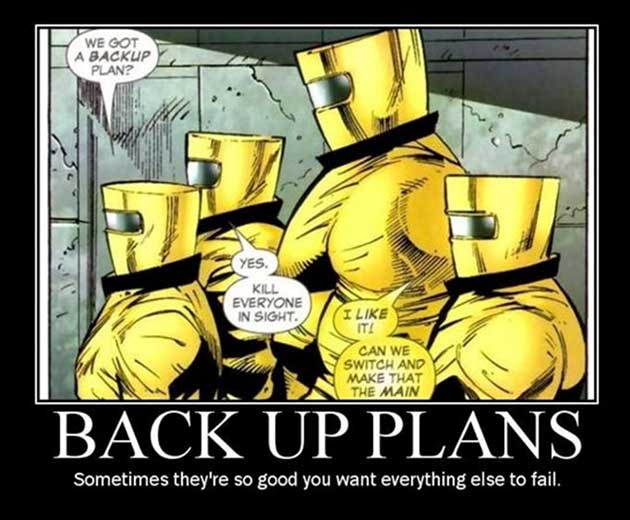 In marketing, understanding the mind of the prospect is also crucial, and intelligence is essential for understanding your prospects' actions and behaviors. Digital marketing solutions that offer visitor and lead tracking (LeadLander, Optify) allow you to gain the insight required to perfectly follow up with your prospects.

Learn your audience and have a means to understand their real-time digital behavior.

One of the most important organizing concepts in command and control is the OODA Loop. The concept is simple: Every decision is based on an ongoing, never-ending loop in which you Observe the situation, Orient based on your findings, Decide on an action and then Act. Your actions create a new reality that requires a repeat of the process.

I compare this loop to a marketing campaign: You start by observing the audience and situation; orient your campaign to target the audience; decide on the offers, channels, and campaigns; execute the campaign; and start all over. But just like in the OODA loop, the entire framework is contingent on the availability of feedback—data.

Without data to inform you on your progress, success, and direction, you are lost. Make sure every single campaign you run includes a mechanism to collect and expose the data it creates.

10. On the battlefield, effort doesn't matter, only results do

Marketing isn't life or death, but it's very similar to a battle between you and your competitors. What truly matter are results, not effort.

In June 2011, a report by Fournaise Group stated, "73% of CEOs think marketers lack business credibility and are not the business growth generators they should be." The main reason for that, according to the report, is that CMOs "are still too far from being able to demonstrate how the cross-channel marketing strategies and campaigns they deploy grow their organizations' top line."

It seems, however, that we've made some progress in the last two years, and a more recent report shows that CMO tenure has almost doubled since 2006 (Spencer Stuart, via AdAge):

Why is that? The article offers the opinions of several CMOs, but the one I think is the closest to the truth comes from Cammie Dunaway, global CMO at Kidzania: "[Add social media to] CMOs' growing comfort with financial accountability and the science of marketing, and I think you have a function that is now recognized as adding value in the C-suite and boardroom."

Find the ways to prove your marketing works and delivers results that matter to your company's bottom line, or as my CMO likes to put it: "Revenue hides all sins..."

Uri Bar-Joseph is director of marketing at Optify, a Seattle-based software company that develops digital marketing software for agencies and B2B marketers. Uri has built Optify's lead generation and lead nurturing channels and processes, and developed its data-driven marketing approach.