Do you create one post and push it out to all your social media channels?

Have you thought about customizing that content to harness the strengths and characteristics of each channel?

Consistency is important in an integrated marketing campaign, but that doesn't mean posting the same content in every social channel.

In this article we will look at three examples of how to adjust campaign content to optimize response in multiple social media channels.

It's easy to create a single campaign message and then send it out to all your social media channels, but it's not effective.

Wayfair.com has benefited from customizing messages in social networks. A leading online retailer of home goods, Wayfair.com also knows how to lead in its various social channels with content that is customized to the unique characteristics and interests of specific social channels' users.

Wayfair's Twitter stream takes advantage of the immediacy and news focus of Twitter: The company shares seasonal articles from its website or relevant and recent design-focused articles from publications such as Real Simple.

It also creates timely posts on current events that tie into the brand and the products they sell, such as National Hammock Day. It also makes promotional announcements at the start of its Back to School sale.

On the other hand, Wayfair's YouTube channel content ranges from DIY videos on how to select living room palettes to how to make moss monogram wreaths. It also has entertaining videos, such as a dancing-furniture commercial and a cute video of kids reading Wayfair Facebook comments left by adults. 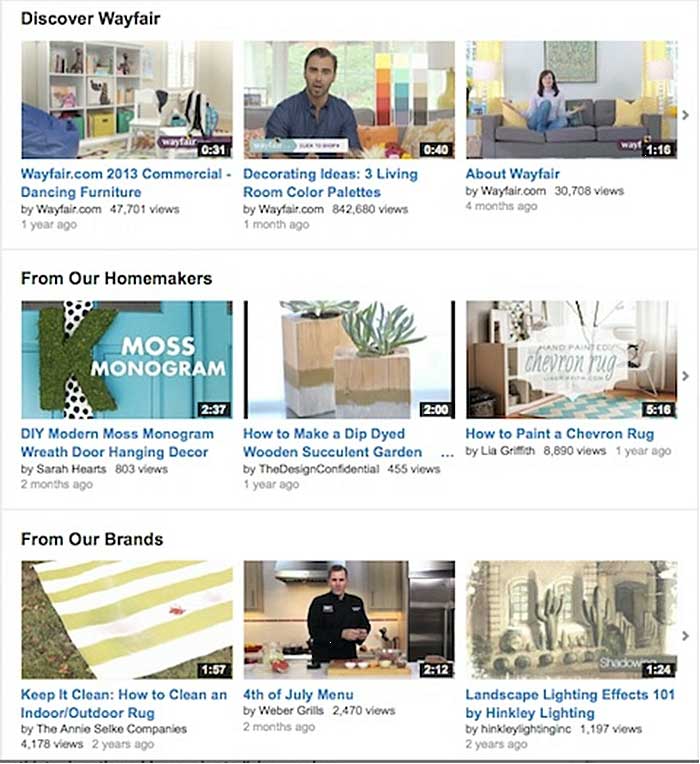 Response to its customized content has ranged from thousands of views to millions—evidence that the videos are attracting attention.

Wayfair uses YouTube to apply the benefits of video to entertain and educate.

On Pinterest, the brand takes another approach. It embraces the ability to organize boards and the consumer attraction to this relatively new social channel. 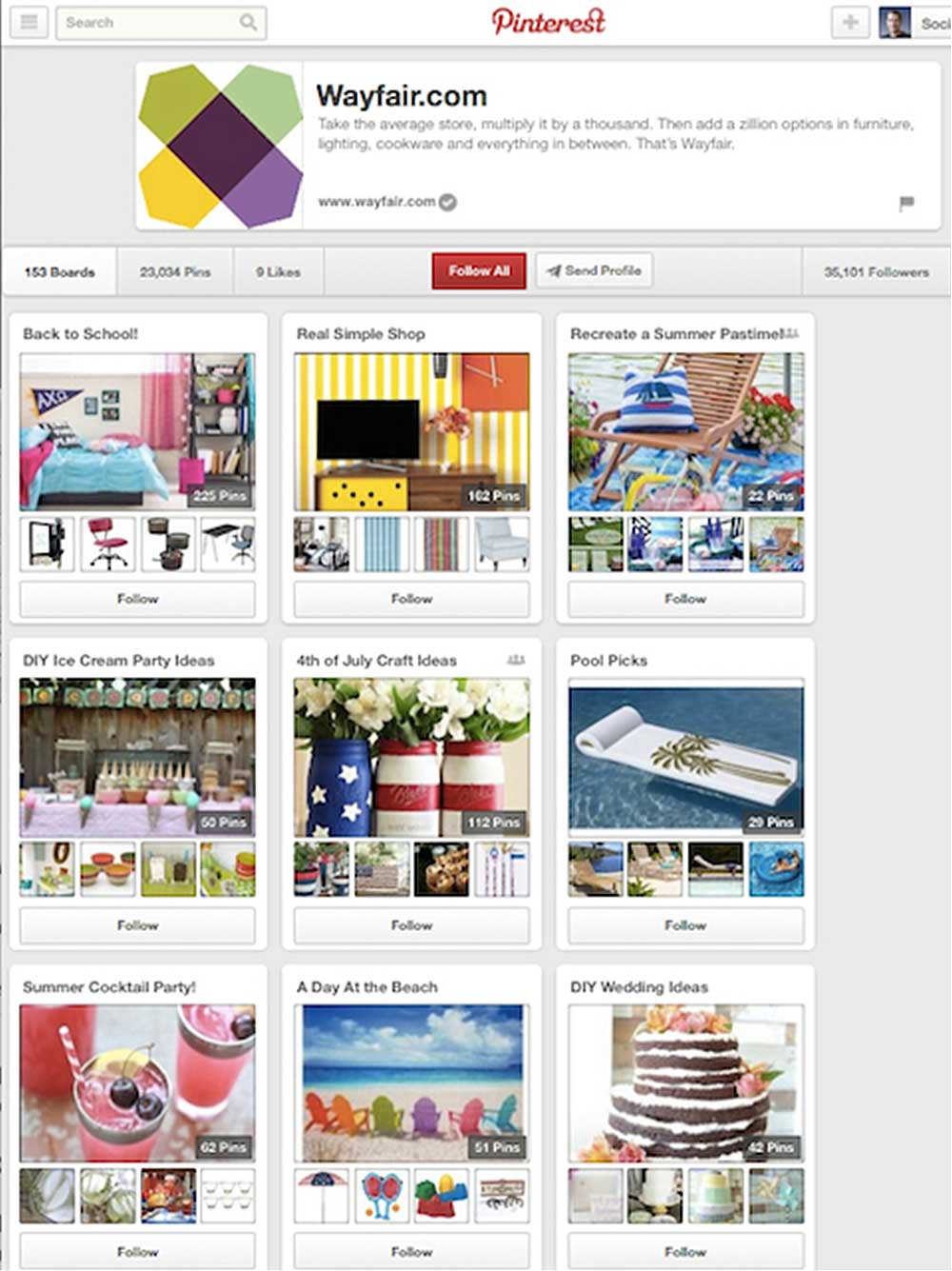 Boards feature Wayfair products but are built around consumer-centric topics such as "Day at the Beach" and "DIY Ice Cream Party Ideas" and "Blissful Bathroom Ideas and Dinning Outdoors."

Wayfair likes to use Pinterest boards to organize products around consumer interests. 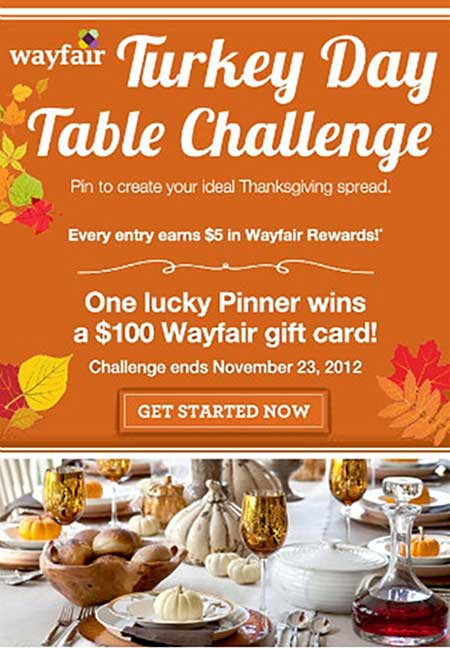 These content strategies have resulted in greater social ROI. The fall Pinterest campaign encouraged users to curate and personalize their ideal "Turkey Day Table" board by repinning five or more pins from the Wayfair Thanksgiving Pinterest boards. This Pinterest-only promotion resulted in massive increases in sales and Web traffic.

2. Choose the right channels for customer contact, for illustrating benefits, for contests, and for buzz

Different aspects of your brand or product can be promoted in different ways, and matching objectives with channels can really pay off.

When Nissan wanted to launch a new Versa Note, it used an integrated yet diverse social media effort that was executed via several channels.

Twitter is good for sharing news and other content, and for interacting with customers. So on Twitter Nissan shares car reviews, answers consumer's questions, and thanks them for their positive comments about the Versa Note. 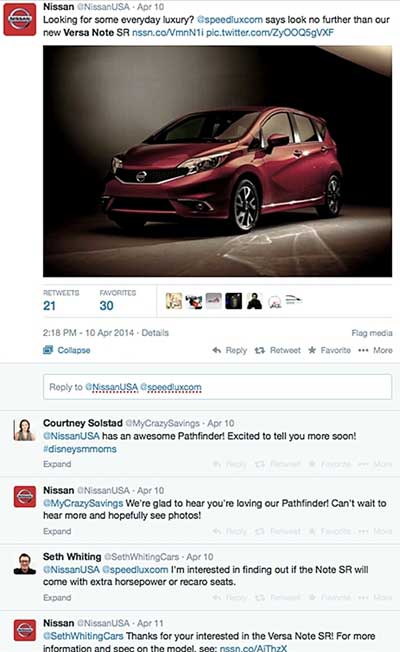 Facebook is a fun way to make product benefits relevant to customer's wants and needs. Facebook is where Nissan shares consumer-oriented benefits of the car, such as showing how the back seat folds down to make room for a piece of furniture. It also reposts consumer images of their Versas. 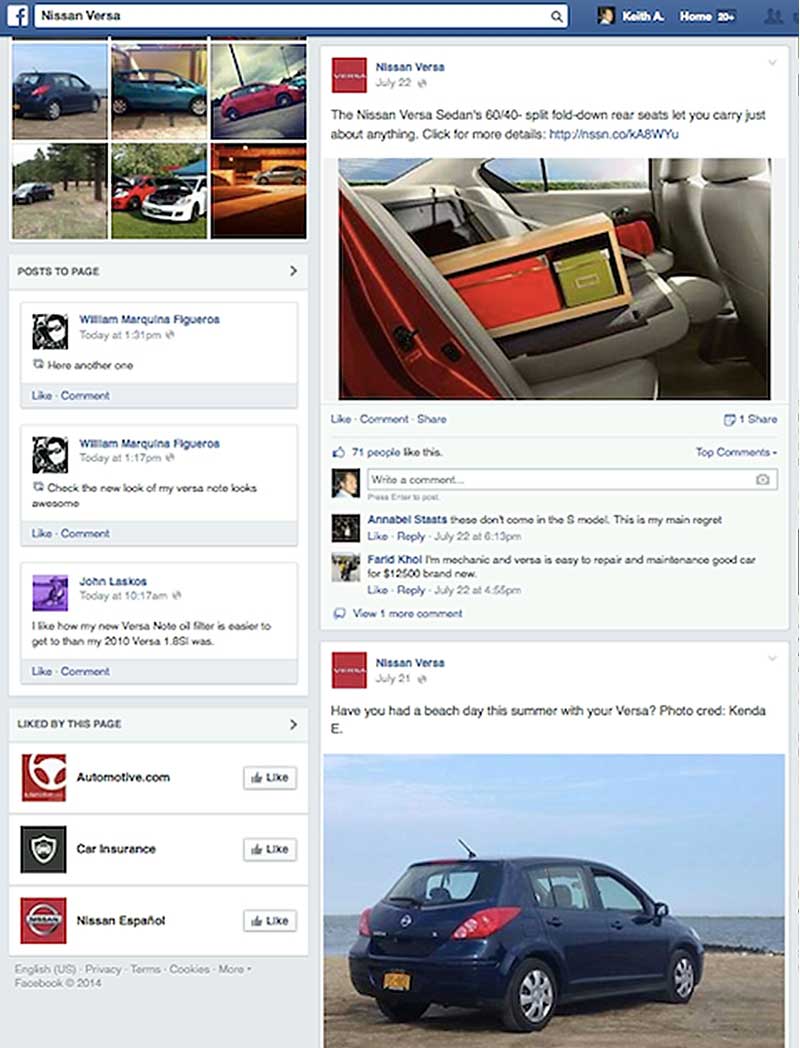 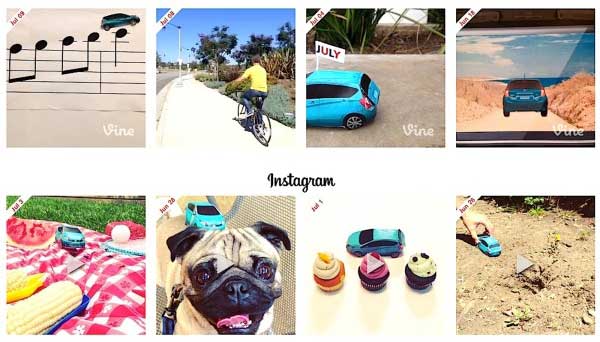 The "Your Door to More" Video Contest asked users of Vine and Instagram to submit a 6-15 second video inspired by their passions and starring the Versa Note hatchback. Winners were featured in a 45-second national television commercial and awarded $1,000 Amazon.com gift cards. Over 300 people responded, and the campaign was a finalist for Mashable's Mashies "Best Branded Vine." 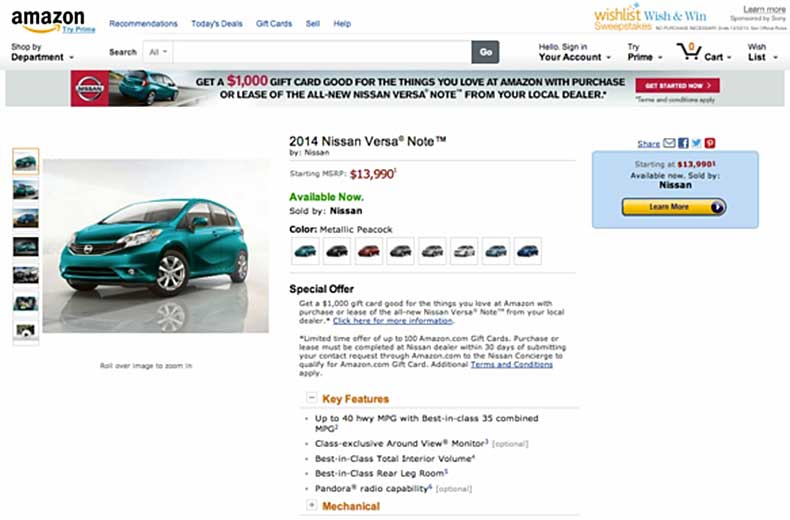 Nissan partnered with Amazon.com to sell the Versa Note online. The cars were gone in three days, but the real story stated with the delivery. The car was shipped inside the biggest Amazon box ever made, and delivered via flatbed truck. 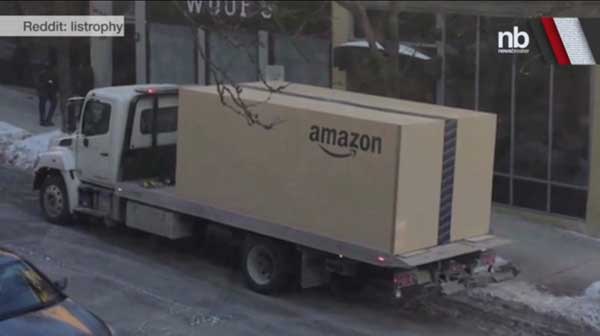 As the box drove through Madison, Wisconsin, someone took a picture and posted it on Reddit, wondering what Amazon was delivering that was so big. Everyone else was curious as well, and it soon became the top trending topic on Reddit.

Celebrities, including Jerry Seinfeld, commented, wondering whether it was real or a hoax. The story spread to Buzzfeed and blogs and news sites as everyone asked, "What's in the Box?"

Nissan finally revealed the contents in a documentary YouTube film about the famous delivery.

3. Create a base idea that can spread from a custom community to Facebook and to trending topics

Let's face it: Some of our brands and products aren't something that people really want to talk about. But don't let that stop you from getting creative. Think of a way to spin a story into a community.

Depend, which makes underwear designed for incontinence, knows about stories that are hard to tell via social media—or any marketing medium, for that matter. But Depend was able to use social media with amazing results, winning a WOMMY in the Influencer category along the way. 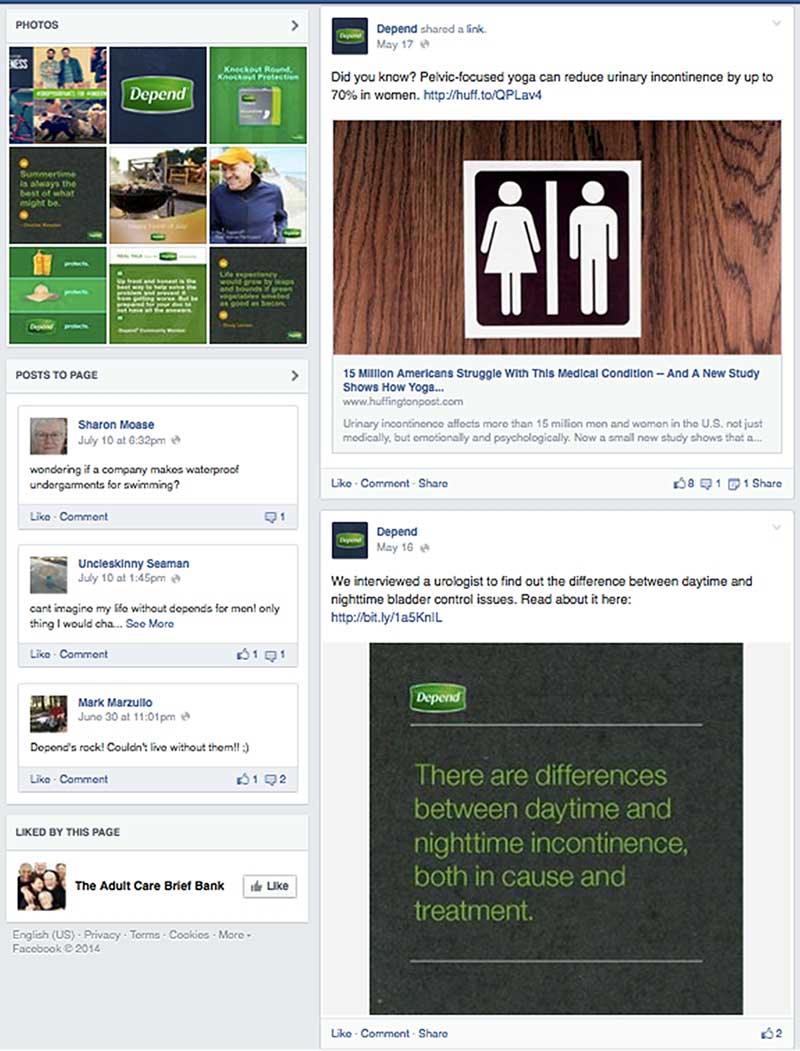 Depend has an active Facebook page, engaging consumers with tips and highlighting
consumers' comments and insights with nice quote graphics

Facebook can be used as an education channel to deliver facts that can help your customers. The Depend Facebook page focuses on short bits of content designed to educate consumers about incontinence. The brand shares stories and research, and offers helpful tips. It also features fan comments via nicely designed quote graphics.

Sometimes the best way to customize content is to create your own social media community. Not every social interaction has to take place on someone else's social network. Depend has created its own community where people with incontinence can seek help and advice in various discussion groups. 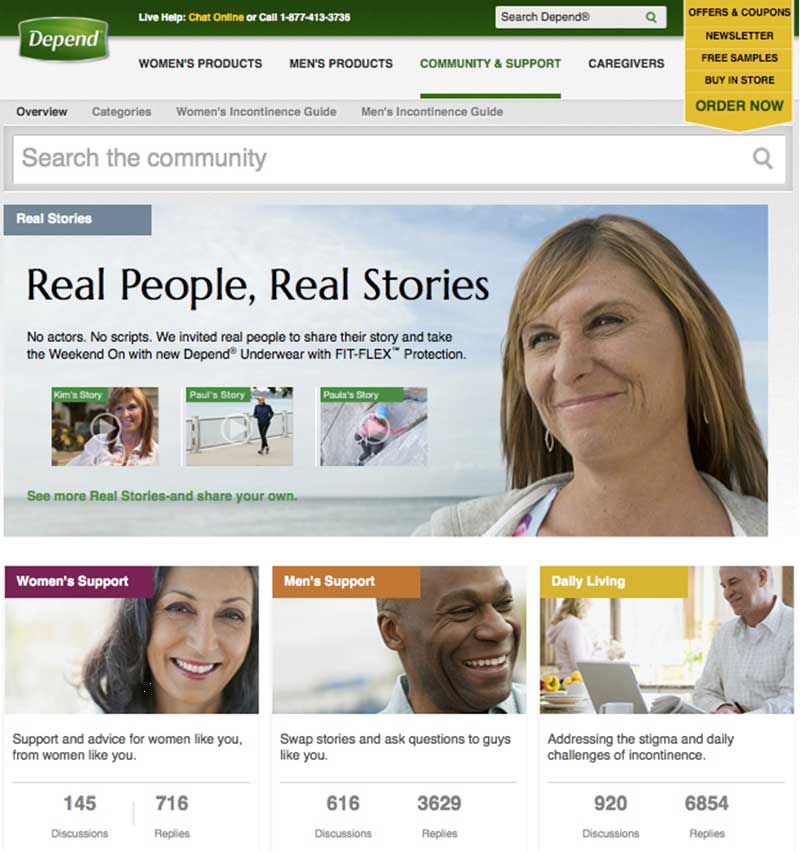 It has been a success. A safe place to discuss subjects that are hard to talk about, the community is very active. Depend also used the community to share real stories of real people—valuable consumer generated content.

One of the key research insights forming the basis of the Depend social strategy is that people tend to think of Depend as a big diaper. The brand and its marketing agency decided the only way to get consumers to believe the product was actually more like real underwear was to get them to try it on.

The resulting social-fueled campaign recruited celebrities and football players who don't need Depend to try it on and tell everyone how they felt. They also asked consumers to try it on to support two charitable causes. 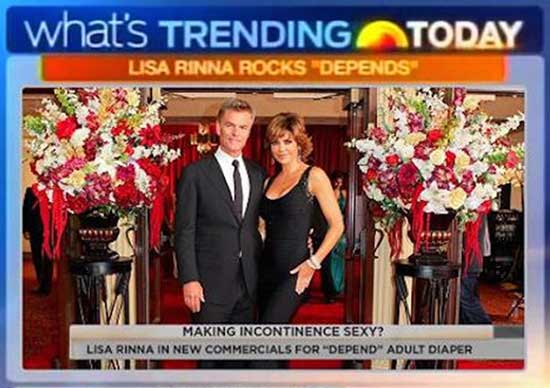 The celebrities, such as NFL players Wes Welker and DeMarcus Ware, and Dancing with the Stars' Lisa Rinna, started tweeting about their experience. For the first time, incontinence became a trending topic on Twitter. In addition to the WOMMY, the campaign won Effies and SABRE Campaign of the Year, and sampling requests went up eight-fold.

Social media content doesn't have to be the same across channels. Customizing content to the unique characteristics of each social network can help you rise to the engagement challenge.

What is your content strategy? Instead of posting the same content across all social media channels, how can you customize your next social media effort? What other examples have you seen? Leave your comments below.

Keith A. Quesenberry is an associate professor at Messiah University in Mechanicsburg, PA. He is the author of Social Media Strategy: Marketing, Advertising, and Public Relations in the Consumer Revolution, now in its Third Edition.