Way too often—several times a week—I'm amazed by what some marketers are still measuring.

Maybe they don't know any better.

Maybe some are just married to legacy metrics that were once logical but now just need to die.

Inspired by Rachel Sprung's recent post on pointless marketing metrics, I've come up with my own list of pet-peeve marketing metrics and reasons they're probably doing your campaigns more harm than good.

There once was a time when even rational marketers considered buying Facebook fans. The opportunity to get in front of such an audience—they would see your organic content over and over and over again—was just so attractive.

Those days are long over.

Last spring, the alarm was sounded for brands: Organic Facebook reach for Pages was rapidly trending toward zero. And that's exactly what happened: Many brands are now reporting less than 1% engagement with their fan base via organic content. 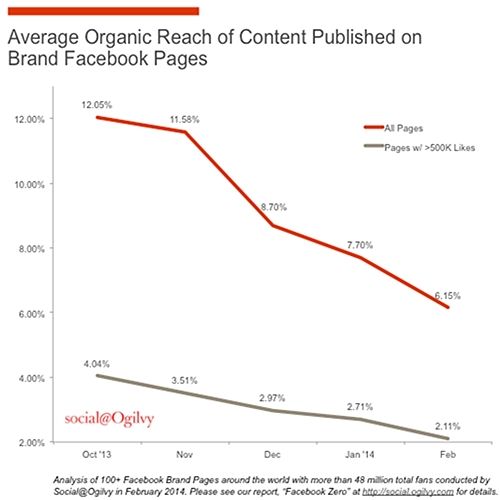 What's the point in measuring people who Liked your page at some point if they aren't even seeing your content? There could be 100 or 1 million of them... you still need ads or ridiculously powerful content marketing to reach them now on Facebook.

Still, some marketers point to increases in fan count as a social media KPI as though it will make a comeback. And someone must be buying those Page Likes, because an awful lot of people are still selling them. Just stop... Stick a fork in it, this one's done.

It's important to understand how many people actually saw your ads, right?

Unfortunately, impressions—the metric that display ad marketers relied on for so long—doesn't give you a clue about how many people actually viewed your ad.

Way back in November 2013, we learned that about one-third of your ad impressions weren't actually viewable. That's pretty bad, right? Now it's over 56%!

That's right, over half of your ad "impressions" aren't even being seen by people.

So stop using impressions as a yardstick for campaign reach. Instead, measure lower-funnel metrics, such as actual clicks and conversions. 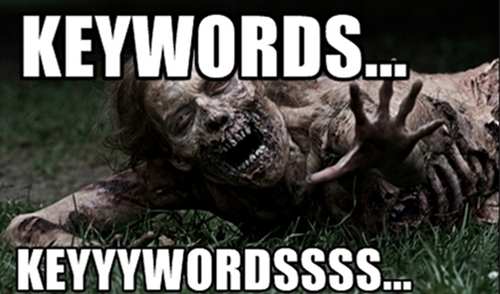 So many factors have made keyword rankings completely useless—personalization, geo-location, changes in the search algorithm, etc. And those aren't even new!

This shift has been happening over a period of years, yet some marketers still march out rankings for specific keywords at reporting time like they actually mean something.

4. Anything to Do With Referred vs. Direct vs. Organic Segmented Traffic

This whole notion of segmenting referred, direct, and organic traffic, and using it as some kind of performance indicator, needs to die.

If you're in SEO, you're basically shooting yourself in the foot by using those metrics.

Rand Fishkin wrote and talked about this extensively in 2013, and what he predicted has played out pretty much as he said it would. In a keyword referral-less world, where both mobile traffic and organic search traffic are characterized as direct, attempting to use these metrics to measure or validate SEO efforts is just plain stupid.

There are a lot of logical reasons why browsers won't report exactly where traffic came from, but the bottom line is you can't rely on the segmentation of referral data as a KPI. At all.

Groupon showed the extent of this problem in an experiment it ran last summer. The company deindexed its entire site for six hours—and instead ended up losing 60% of its supposedly "direct" site traffic! 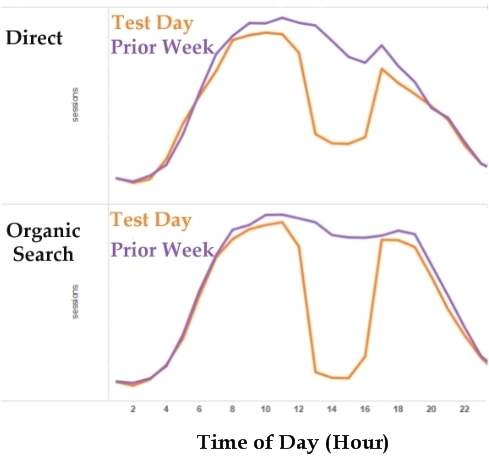 So you still think SEO isn't working? Understand that much of what you attribute to direct navigation is probably SEO and content marketing efforts at work. Don't sabotage your own efforts by discrediting them with what is crappy segmentation reporting. 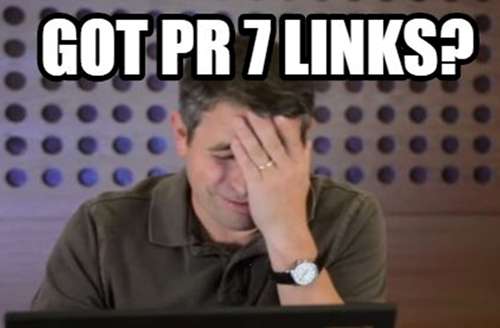 The last time Google updated the PageRank toolbar (in 2013), it was by accident. That alone should give you a pretty good idea of how high it is on Google's priority list.

Once upon a time, PageRank was probably a pretty good indicator of site quality, but the search algorithm has moved so far beyond this archaic metric that it's crazy anyone still takes it seriously.

(I'm thinking of starting a support group for people who can't get over PageRank. You don't want to be in it, trust me...)

Most networks, agencies, and publishers are pushing view-through conversions (VTCs) big time, but can this metric be trusted?

Sure, it's a way to quantify the impact of ads that may influence consumer behavior without resulting in an immediate conversion, but how effective is it?

Google kind of screwed up view-through conversions right off the hop when it introduced the stat in 2009 by making the conversion window 30 days long. During that time, people could have been influenced by any number of factors, and if they did convert there was no guarantee they were influenced by an ad they might have seen weeks earlier.

You'd have to weight them properly, but who knows what that weight should be? And what are the chances it'll be the same across the board, for all VTCs?

View-through conversions are particularly dubious if you're using remarketing to target your display ads, because (by definition) anyone who converts off of those remarketing display ads already found your brand by some other means.

It's just not a great metric. It's a feel-good stat to help people think they're at least measuring something—without actually understanding what they're measuring or what it means.

Google Webmaster Tools is great for some purposes, but really awful for others; getting any kind of real numbers for the metrics there falls under the latter category.

The numbers in Google Webmaster Tools are all based on estimates that are accurate to +/- 500%, according to my own internal analysis.

How do I know? Because you can compare some of the numbers with what is actually in your Google Analytics or Google AdWords. When you do, you'll see that the two sets are totally different.

It works in the same way as the Google AdWords Keyword Planner. The volumes and CPCs are just estimates and are similarly accurate to within +/- 500%.

Why would you put any stock in those numbers?

It's OK to use the data for trending purposes, but don't make the mistake of thinking of the numbers are real and accurate in an absolute sense. They're just estimates.

Those are it... my pet-peeve marketing metrics. Do you have one or two of your own? In the comments below, share the metrics you wish the industry would kick to the curb.

And if you're wondering which metrics still do matter, check out "Four Online Marketing Metrics That Actually Matter."