Is your email marketing growing stale? Are run-of-the-mill approaches not working for you?

If you're up for trying something different, here are five relatively unconventional actions that might seem scary... but may also be just what you need to do to boost your email marketing.

1. Ask them whether they truly want your emails

Many marketers believe that permission is evergreen, but that's far from reality. Subscriber's often outgrow your content, or their preferences change along with their business direction. Your emails may not be relevant to them anymore.

That may not be any fault of yours or your company's. But it is still in your best interest to keep your list as engaged and responsive as possible.

An email list with a high number of uninterested or "dead" subscribers affects your metrics and gives you a skewed picture of how successful your email campaigns really are.

So how do you cull the dead weight from your email list?

For example, Sarah Morgan, explicitly tells her subscribers that she's spring-cleaning her inbox, and nudges them to click on the link to stay on her list or get the boot: 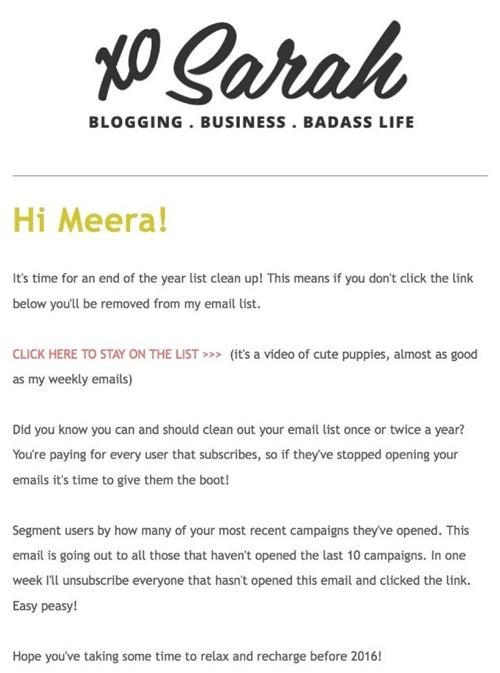 For example, Andre Chaperon prevents list fatigue by sending only specific promotional content to subscribers who express their interest by clicking on a link trigger:

2. Give them the option to remove themselves from a promotion

Ever been badgered by a promotion you were not interested in?

You still find value in the content of the sender but just not in that particular promotion?

Give subscribers the option to remove themselves from your promotional emails—but still stay on your list.

Here's what Cody Lister from Marketdoc sent in the foot note of all his emails during his launch:

Some subscribers may be curious and need to hear more making a decision on their interest. Chaperon follows up to ask his subscribers whether they want to continue hearing about the promotion; he also gives them the option to remove themselves from the promotional emails: 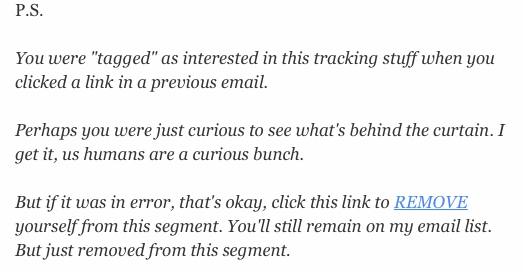 3. Give them the boot: Tell them to unsubscribe

It's hard enough to stomach an unsubscribe... Telling your subscribers outright to unsubscribe from your list can be daunting.

But every single subscriber is a cost to you. Your open rates, click rates, and ultimately your conversion rates increase if you remove people who are no longer interested in what you have to offer.

Sidekick removed a whopping 38K subscribers who were not engaging with its content.

"We believe having a healthy list of engaged readers is far more important than having a large list of inactive readers. This also ensures our strategy is directed by those who care about us most," writes Annum Hussein, who leads the growth team at Sidekick. 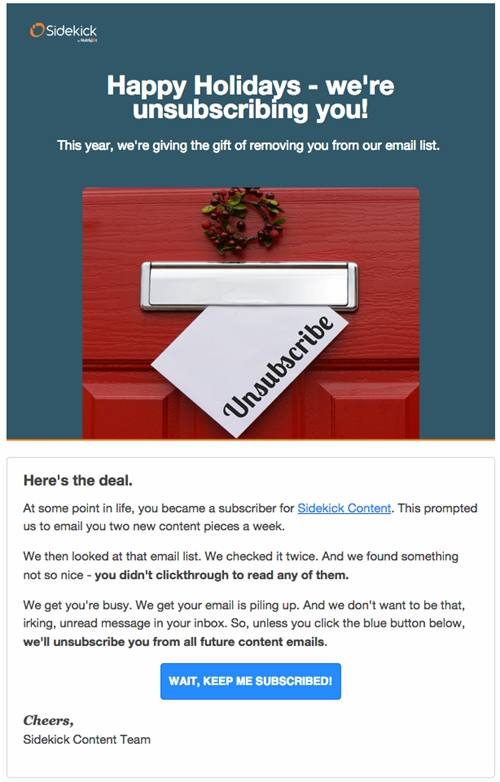 4. Email them as often as is necessary

Email frequency is considered one of the main reasons people unsubscribe from a list. So, naturally, you may fear increasing the number of emails you send to subscribers.

But Alchemy Worx found that if a brand increases its email sends from one email per month to four, it doubles the open rate and earns, on average, an additional 11% revenue for the brand.

A Chadwick Martin Bailey and Constant Contact study found that rather than the subject line, it's the sender's name that most affects email open rates: 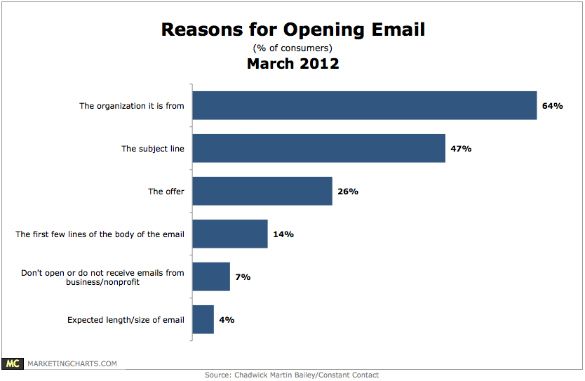 In short, if you provide valuable content to your subscribers, they will welcome emails from you and your company. Continue to email them as often as is necessary if your emails serve them. But also give them the option and power to choose how often they want to receive emails from you.

Here's an example of how Nathalie Lussier does it: 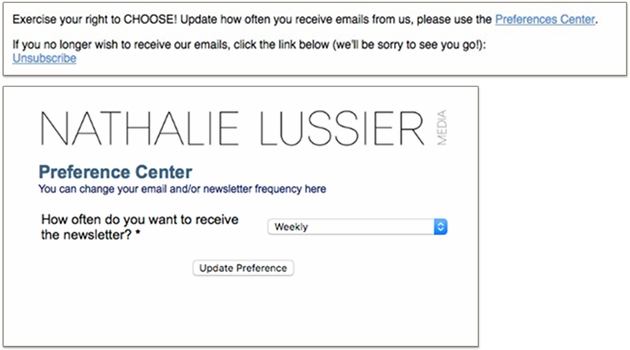 By doing so, you'll retain your most engaged subscribers but also remove people who are not interested in what you have to offer.

5. Wipe out visuals from your emails

Do you think plain text emails scream boring and uninviting? Would your subscribers turn away in disgust?

A 2014 study by Hubspot found that two-thirds of respondents said they preferred image-based emails.

But when researchers looked at actual click data, emails with no images or fewer rather than more images had higher click-through rates: 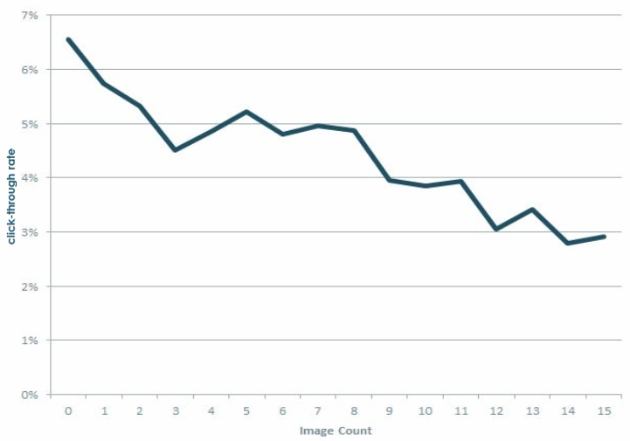 So why the discrepancy? Aren't people supposed to be attracted to a well-designed and attractive email with images versus a plain text email?

According to the researchers, respondents of the survey were actually reporting on what "they think is true, what they want to be true, and what they think you want to hear."

Strip your emails of unnecessary sidebars and graphics. Your subscribers will be more likely to perform that single call of action without all the unnecessary distractions. Your emails will also look a lot less commercial.

Meera Kothand is a writer and blogger who writes about digital marketing strategy. Swipe her swipe file of 105 content hacks for emails and blog posts.