Internet ad revenues surged to a landmark $20.1 billion in the first half of 2013, according to a recent report by the Interactive Advertising Bureau (IAB) and PricewaterhouseCoopers (PwC). 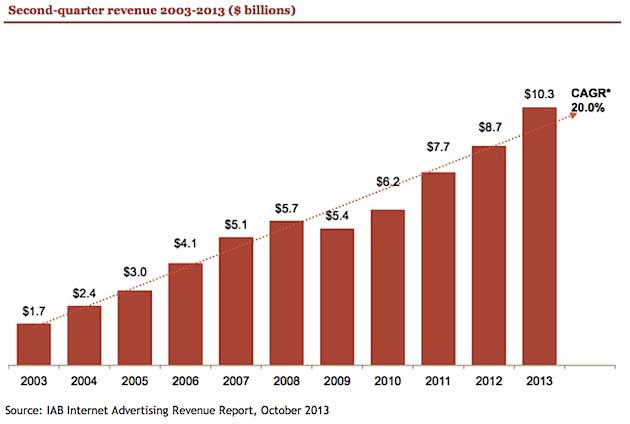 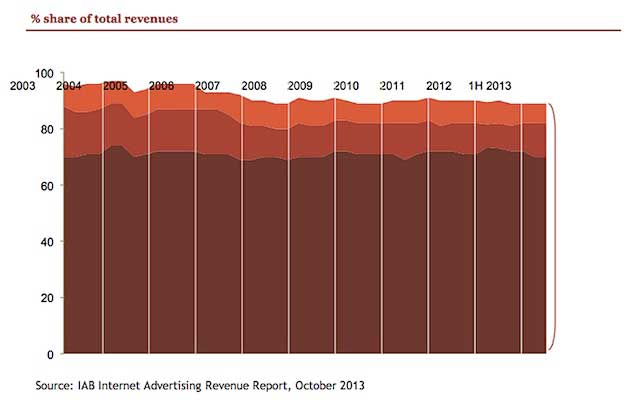 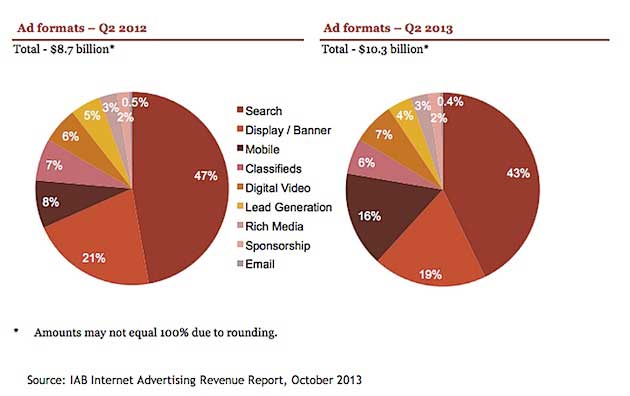 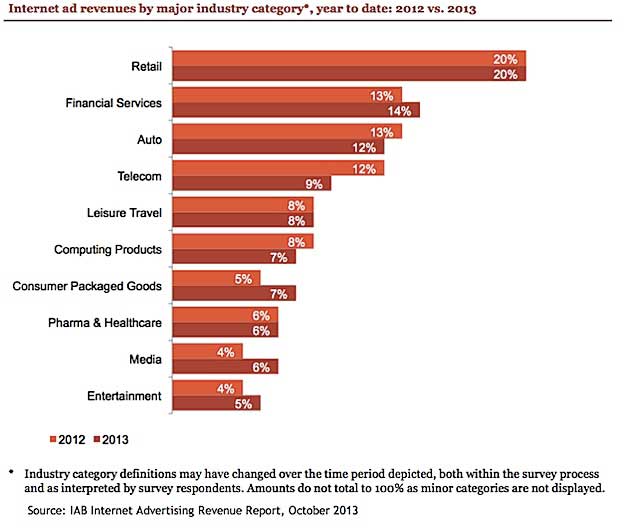 About the Research: The IAB Internet Advertising Revenue Report was released in October 2013 and includes data directly obtained from from companies generating internet/online/mobile advertising revenues, as well as supplemental data from publicly disclosed information.