As fall got underway and people in the US turned to the traditional activities of the season—checking out the new TV lineups, watching NFL and college football, and returning to school—September web traffic increased significantly at sites in related categories, reports comScore:

Here is comScore's list of web categories showing the greatest increase in traffic in September: 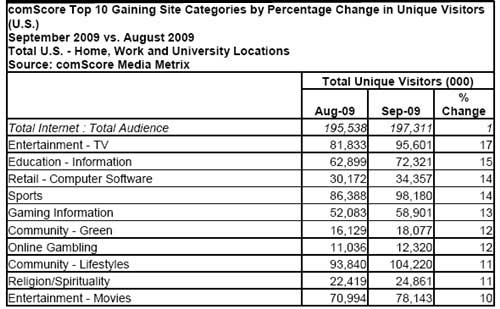 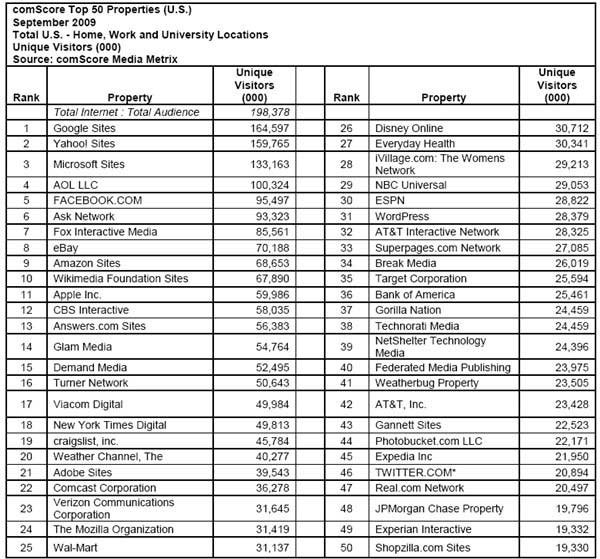 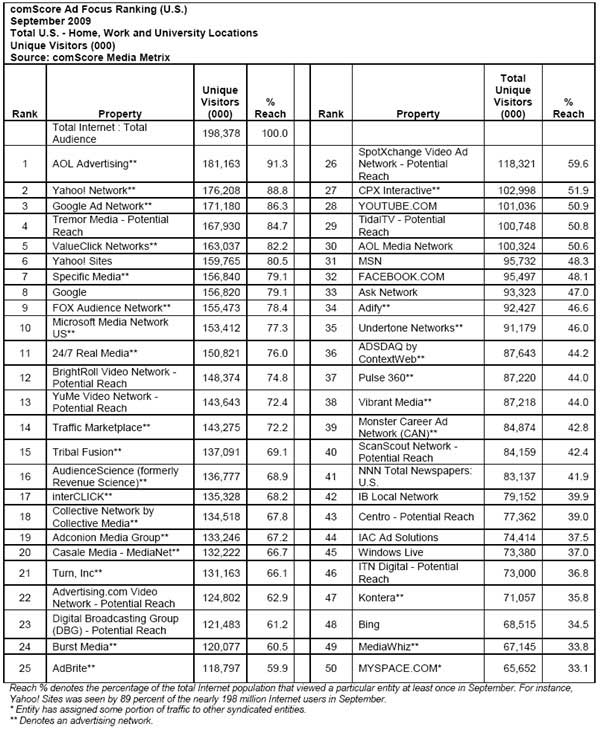 About the data: All data cited here comes from comScore's Media Matrix service.