US online holiday spending reached $24.8 billion for the first 48 days of the November-December holiday season, a 4% increase over the same period last year, according to comScore.

Much anticipated by retailers, the results of Green Monday spending (Dec. 14) were disappointing overall with sales of $854 million, a 1% drop from last year. However, stronger online sales followed throughout the balance of the week, most notably on Tuesday Dec. 15, which set an individual day spending record of $913 million, the first to surpass the $900 million threshold. 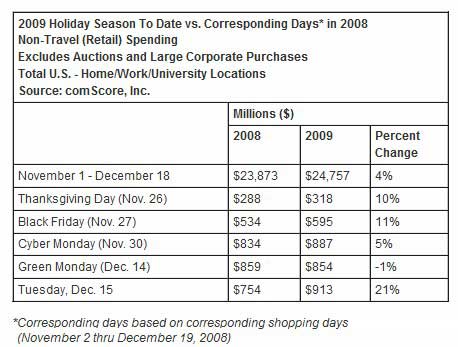 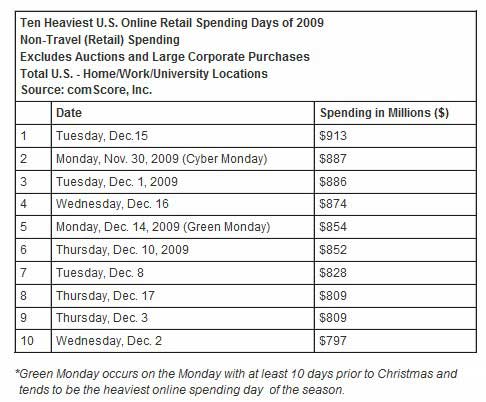 "In a typical year, Cyber Monday tends to be the eighth to tenth heaviest spending day, but this year it moved higher up the list than ever before," said comScore Chairman Gian Fulgoni. "In part, this is due to the fact that the day fell fairly late in the season, so that pent up consumer demand likely boosted its performance, but also because of the increasing marketing hoopla and promotional activity that surround the day."

Average order values for online transactions peaked at $117 during the week ended Nov. 29, and the week ended Dec. 6, outpacing the corresponding weeks in 2008. 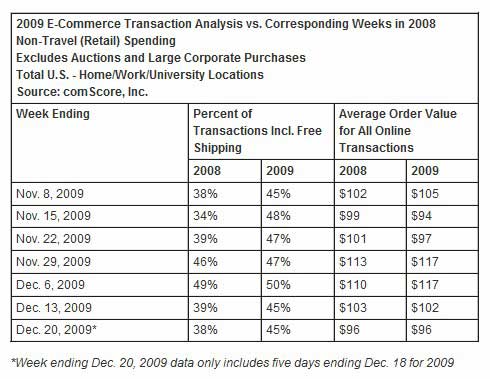