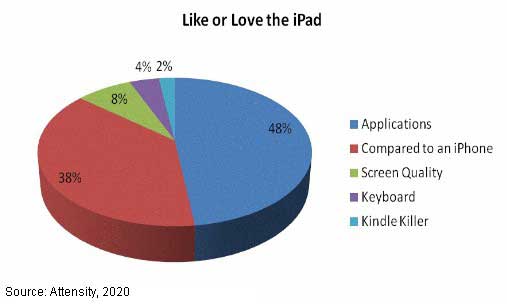 Among those who disliked, or even hated, the iPad, the reasons most often expressed related to the following:

About the data: Attensity pulled a total of 55,000 tweets from Twitter and analyzed their content. Twenty thousand tweets were pulled in the two hours prior to the Jan. 27 event; another 20,000 two hours post-announcement; and an additional 15,000 four days later.