Most Journalists Use Social Media for Reporting

Most editors and reporters depend on social media as a source: 55% of print and Web journalists say social media is important or somewhat important for reporting and producing the stories they write, according to a survey conducted by George Washington University and Cision. 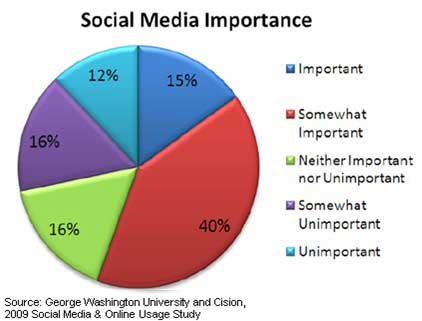 The groups that place the highest levels of importance on social media for reporting and producing stories are journalists who spend most of their professional time writing for websites (69%), followed by those who write for newspapers (59%), and those who write for magazines (48%).

Below, other findings from the 2009 Social Media & Online Usage Study from George Washington University and Cision.

Nearly nine out of ten journalists (89%) say they use blogs for online research. Only corporate websites (96%) are cited by more journalists as a source of online information. 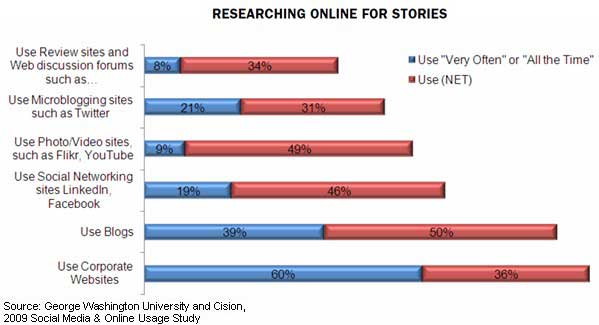 Meanwhile nearly two-thirds (65%) of journalists turn to social networking sites like Facebook and LinkedIn as sources, while only about one-half (52%) make use of microblogging sites such as Twitter. 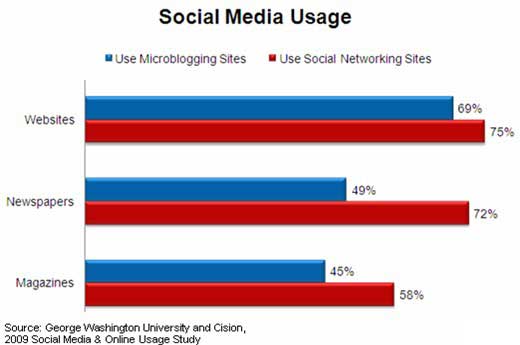 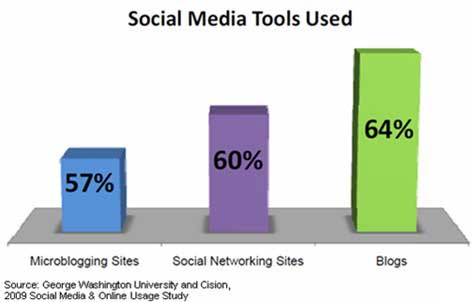 When measuring the impact of stories published on social networking sites or the Internet, most journalists rely on standard Web metrics:

Reliability is a Major Concern

Nearly one-half (49%) of journalists cite the lack of fact-checking, verification, or reporting standards as the reason for their perceptions regarding the question of reliability, and 25% cite source-related issues.

Use of Search Engines

Journalists Depend on PR Professionals for Primary Research and Context

Most journalists turn to public relations professionals for assistance with their primary research, including for the following:

About the data: The survey was conducted by Cision and Don Bates, instructor and founding director, Strategic Public Relations Program, George Washington University Graduate School of Political Management. Results presented are based on 371 responses from editors and journalist, collected between Sept. to Oct. 13, 2009.