Nearly one-quarter (24%) of consumers say they regularly play games on social networking sites such as Facebook and MySpace––and contrary to prevailing stereotypes, the typical social gamer is a 43-year-old woman, according to a new survey from PopCap Games.

The total social gamer population is now at 100 million in the US and UK alone. In addition, worldwide social gaming revenues are forecast to reach $1.3 billion in 2010, according to Lazard Capital Markets.

Below, other findings from PopCap's 2010 Social Gaming Research study, which explores social gaming in the US and UK.

Below, the percentage of social gamers in various age groups:

Women are more avid social gamers and are more inclined to play with people they know:

Most (95%) of social gamers play multiple times per week, and nearly two-thirds (64%) play at least once a day. Over one-third (34%) of gamers say they play several times per day. 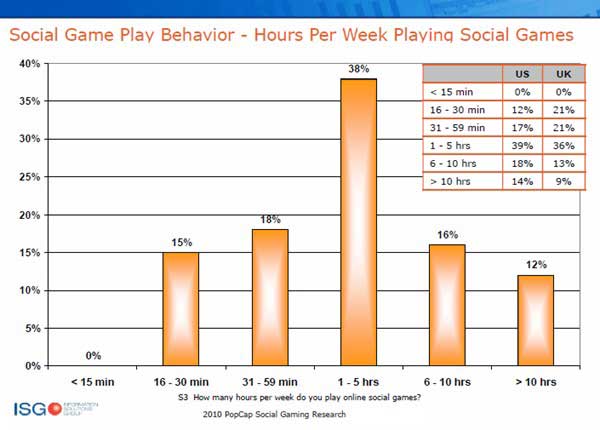 Facebook (83%) is by far the most popular destination for social gamers, with MySpace a distant second (24%), followed by Bebo (7%). 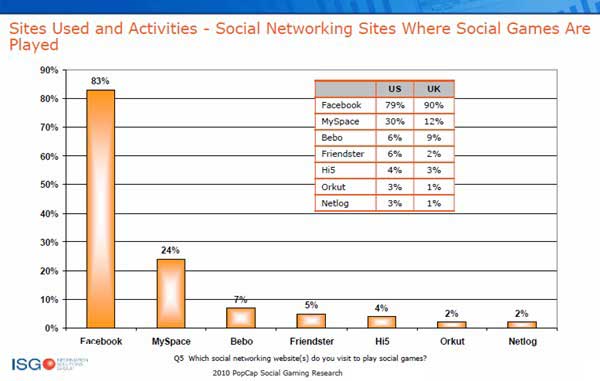 Moreover, about one-half (49%) of the time that social gamers log in to Facebook or to other sites they do so specifically to play games. 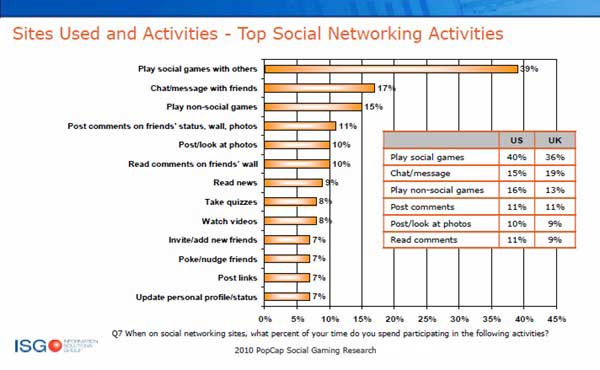 Social gamers in the UK tend to chat/message slightly more than those in the US. 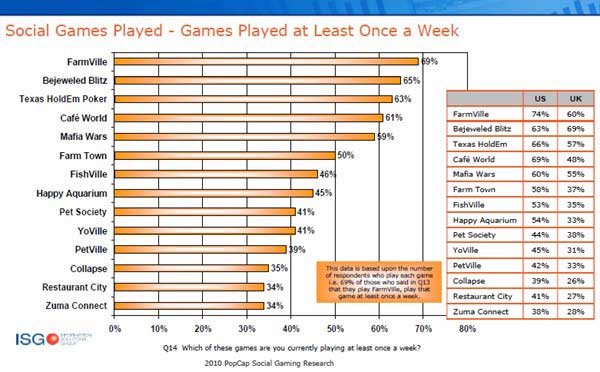 Fun and excitement (53%), stress relief (45%), and competitive spirit (43%) are the top 3 reasons cited for playing social games. Nearly one-third (32%) of gamers like the mental workout, while 24% play so they can connect with others in their social network.