For the first time, Facebook surpassed Google in the US to become the most-visited website of the week, accounting for 7.07% of US Internet traffic in the week ended March 13, 2010, up 185% from the same period a year earlier, according to Experian's Hitwise Intelligence. 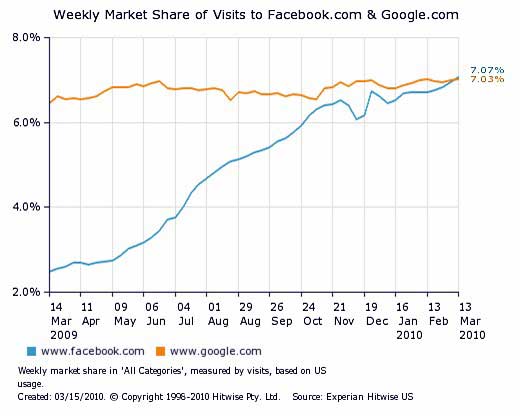 Google accounted for 7.03% of US Internet traffic during the week, up 9% from the same period a last year.

With over 400 million active users, Facebook had previously reached the No. 1 ranking on Christmas Eve, Christmas Day, and New Year's Day—as well as on the weekend of March 6-7, 2010.

Americans are getting into the habit of going online while watching big TV events: 29% of the US population tuned into the Academy Awards on March 7, 2010—and among those viewers, 13% spent time simultaneously on the Web, according to separate research from Nielsen. 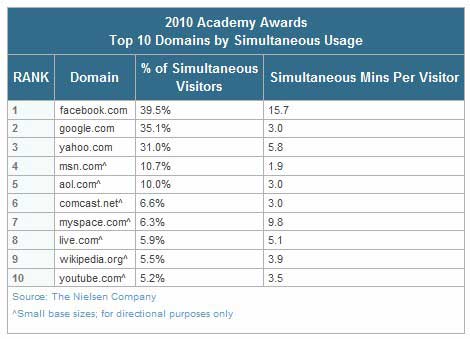 However, during the 2010 Super Bowl, visits to Google surpassed those to Facebook: While watching the game, 36% of simultaneous visitors visited Google, 34% visited Facebook, and 30% visited Yahoo.