Among email campaigns studied, open rates for birthday mailings were over three times higher than for mass-promotion mailings sent to the same clients: 56.2% vs. 16.8%. Open rates for anniversary campaigns were nearly three times as high: 34.4% vs. 12.9%. 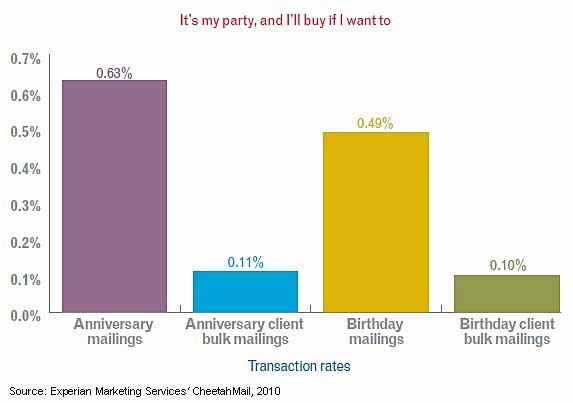 Below, other findings from The Birthday and Anniversary Report by Experian Marketing Services. 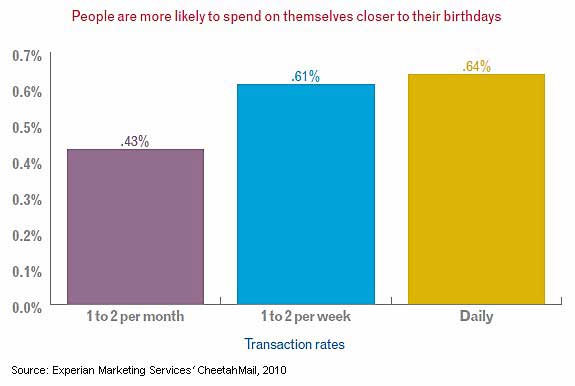 Among birthday-email campaigns studied, 75% of marketers sent emails to everyone in their files with a known birthday, whereas 25% selected specific customer segments, such as frequent purchasers, credit card customers, or loyalty program members, to receive the birthday-based emails.

Among those selected segments, click rates were nearly twice as high: 18.7% vs. 9.9%. That said, birthday mailings sent to all subscribers generated more revenue per email than those sent to selected subscribers: $0.55 vs. $0.37. 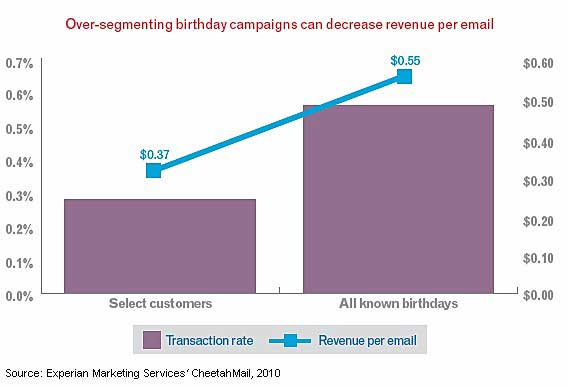 Birthday mailings sent to all subscribers also generated double the transactions of those sent to selected subscribers.

Most birthday and anniversary campaigns sent by email marketers included some type of promotional discount. Among anniversary mailings specifically, campaigns that offered dollars off purchase amounts generated higher transaction rates than percent-off campaigns—as well as more revenue per email ($0.44 vs. $0.39). 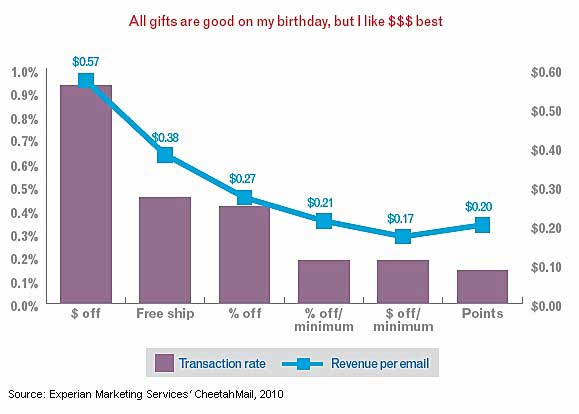 Offers that required a minimum spend had significantly lower transaction rates and revenue per email than offers without such requirements.

About the data: Findings are based on the results of 7,000 birthday and 3,000 anniversary email campaigns conducted by 53 Experian Marketing Services' CheetaMail clients during 2009.