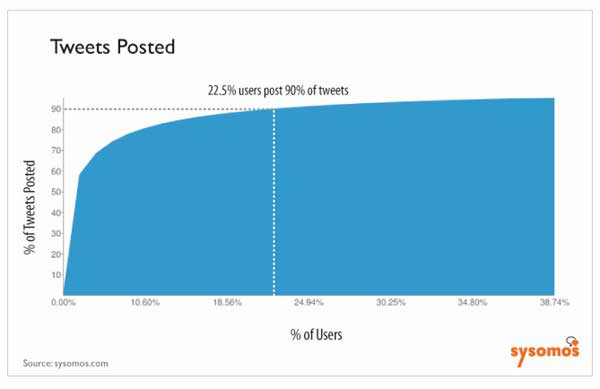 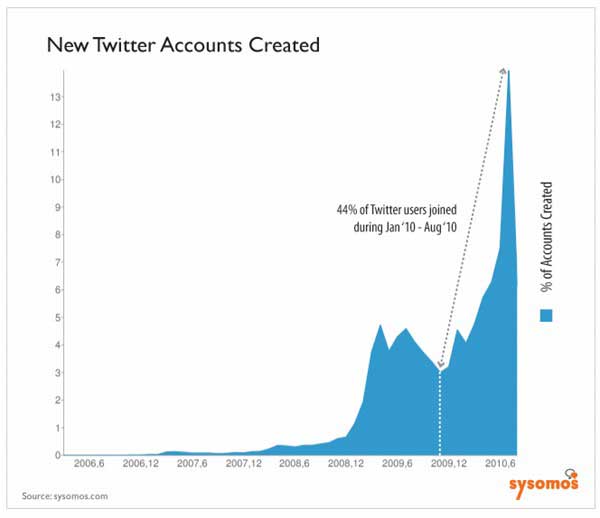 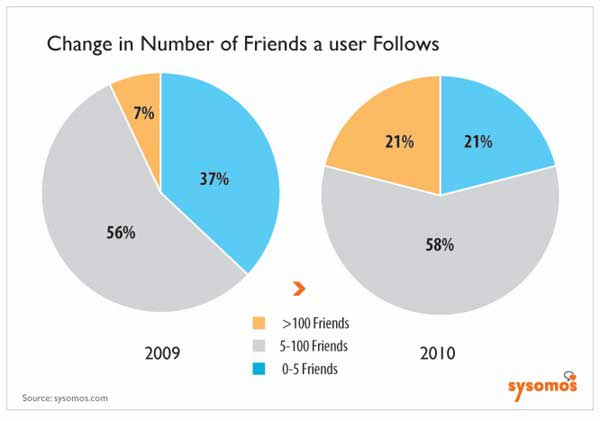 Sysomos also explored the average ratios of Twitter friends to Twitter followers. The number of followers that users have relative to their friend levels is fairly even on average, until users reach 1,050 followers. After that threshold, the numbers start to skew, with numbers of followers outpacing friends. For example:

The follower-friend ratio becomes balanced again among users with 10,000 followers, who have 9,636 friends on average.

The Most Active Tweeters 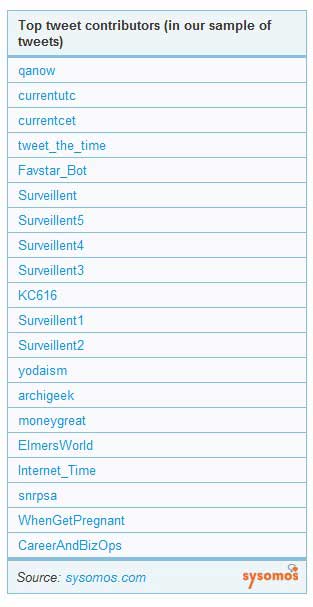 Among the few real people on the list are Mike Hanes (@mikehanes), an IT recruiter who has made 300,000+ tweets, and Dustin Labarge (@dustinlabarge), a writer who has issued more than 117,000 tweets.