Though social media spending is projected to constitute a growing share of companies' overall marketing budgets over the next 12 months, CMOs say, integrating social marketing into their overall strategies is still a challenge, according to a survey conducted by Duke University and the American Marketing Association. 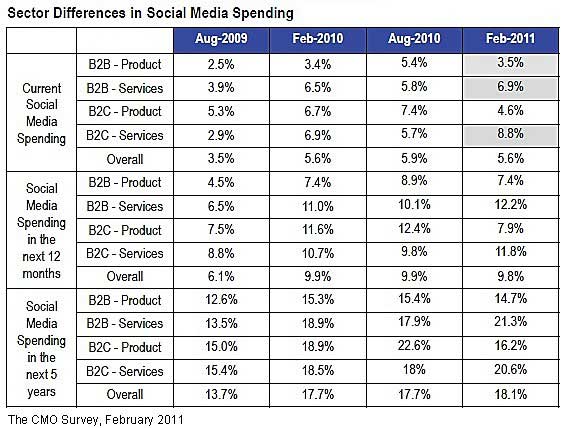 Services companies are projecting the greatest increases in social spending over the next 12 months:

Below, other findings from the February 2011 CMO (chief marketing officer) Survey, a nationwide poll of senior marketing executives conducted biannually, by The American Marketing Association and Duke University's Fuqua School of Business.

Integrating Social Media into the Mix 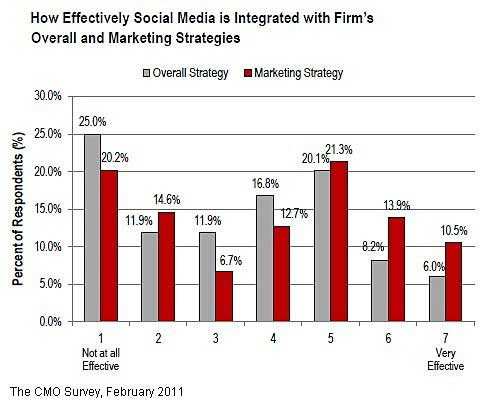 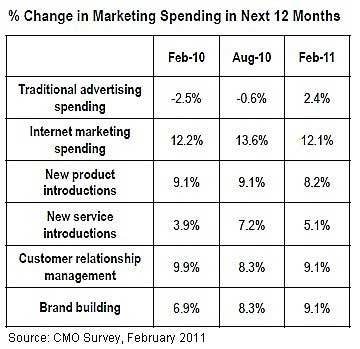 Similarly, more than two-thirds of CMOs (67.5%) say they're more optimistic about corporate revenues than they were in the previous quarter, compared with the 63.9% who said so six months earlier. 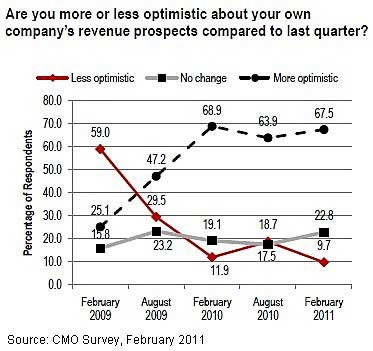 Asked to identify marketing leaders that set the standard for excellence across all industries, CMOs selected Apple. Across industry sectors, the following brands took the top spots among their competitors:

About the data: The February 2011 CMO Survey is a nationwide poll of chief marketing officers conducted twice each year by Duke University's Fuqua School of Business in conjunction with the American Marketing Association. The survey collected responses from 421 respondents, Jan 11-28, 2011. Findings were used with permission from Christine Moorman.