US consumer spending on deal-a-day offers is forecast to reach $3.9 billion by 2015, increasing at a compound annual growth rate (CAGR) of 35.1% over the next four years, from an estimated $873 million spent in 2010, according to a report by BIA/Kelsey. 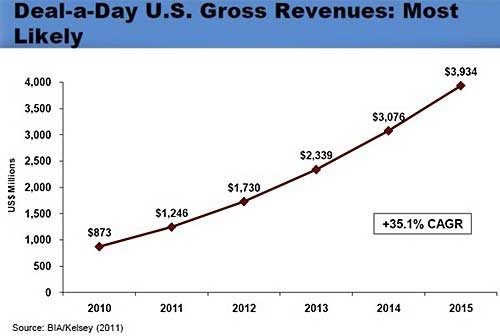 A number of key variables may impact that forecast, BIA/Kelsey notes, such as growth in the number of cities or sites, registered users, average transactions per year, average price per transaction. 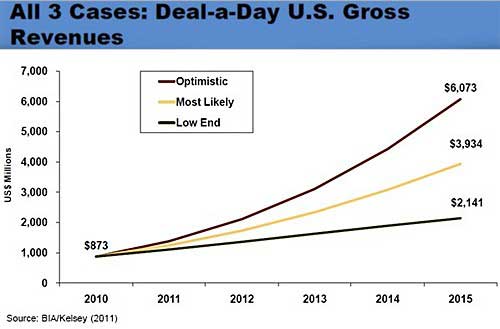 There are now more than 200 players in the group-buying market, targeting an estimated 178 cities (locations) and 102 million people in the US, according to BIA/Kelsey.

Ranked by volume of Web traffic, Groupon and Living Social dominate the group-buying market, with Tippr.com a distant third, according to separate data from Compete: 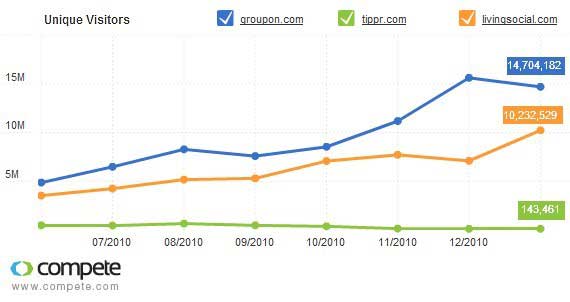 Overall, the number of unique visitors traveling to group-shopping sites increased roughly 820% from Jan 2010 to Jan 2011, according to Compete.