Google Nabs 65% of Search in February

Google Sites led the US explicit core search* market in February 2011, accounting for 65.4% of total searches conducted during the month, followed by Yahoo Sites with 16.1% and Microsoft Sites with 13.6%, according to data from comScore qSearch. 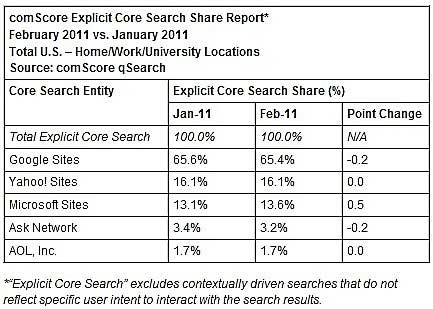 More than 15.4 billion explicit core searches were conducted in February, down 9% from January. 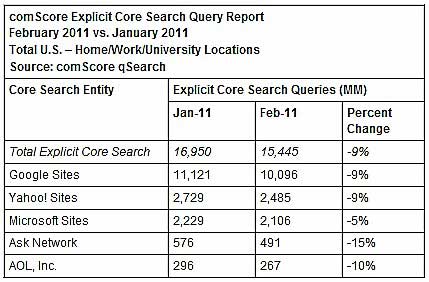 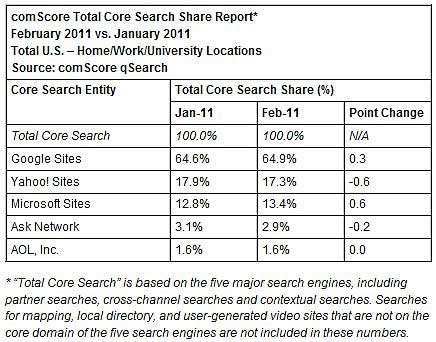 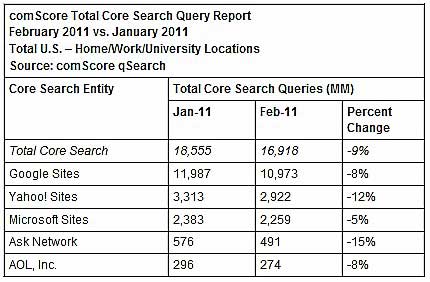 In February, 68.0% of searches carried organic search results from Google, while 26.2% of searches were powered by Bing organic results.

**In order to accurately represent the continued evolution of the search landscape, comScore is providing insight into the share of algorithmic explicit searches that are powered by Google and Bing, and branded as such to the consumer.