QR codes are popping up in more and more places, from billboards to business cards, and mobile consumers are responding: 32% of smartphone users say they have used a QR code and 70% say they would be interested to do so, either for the first time or again, according to a survey from MGH.

Moreover, nearly three-quarters of smartphone users say they are very or somewhat likely to recall an ad with a QR code.

Below, other findings from MGH's online survey of 415 smartphone users.

A QR (quick-response) code is a two-dimensional barcode-like image that can be read by software on a smartphone, usually via downloadable app. Once scanned, QR codes direct users to mobile-optimized Web pages for more information.

Among smartphone users who have scanned QR codes, the top reason is to find coupons or discounts (53%), product or service information (52%), and to enter a sweepstakes (33%). 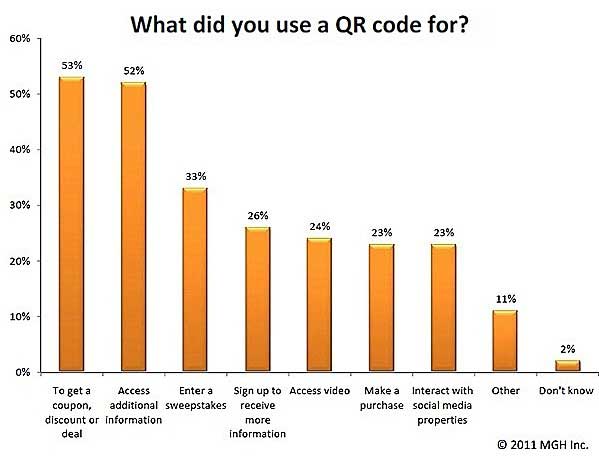 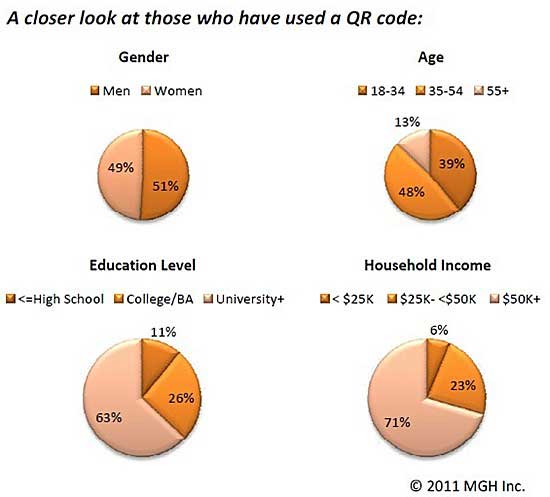 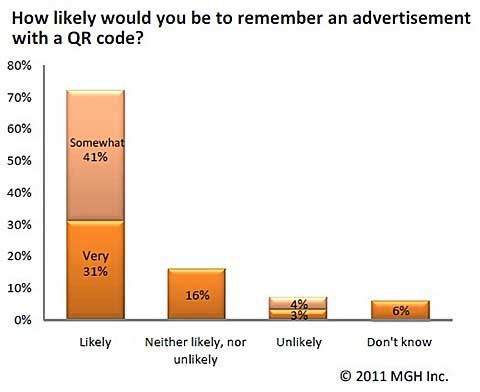 Smartphone users who say they would either use a QR code again or for the first time (70%) cite the following top five motivations for doing so:

About the data: Findings are from a survey of 415 smartphone users via the Vision Critical Springboard America panel, conducted in February 2010.