Below, other findings from comScore's newly launched YouTube Partner Reporting. 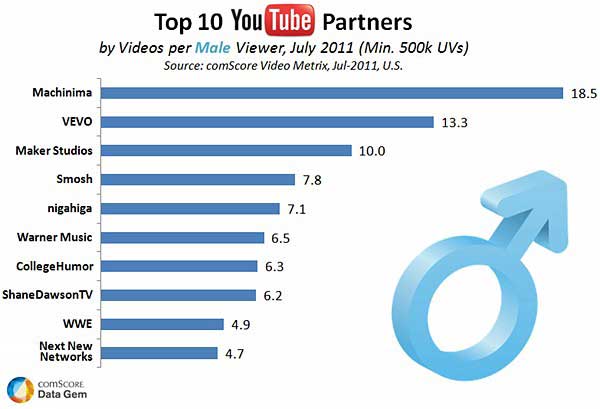 Among female viewers, Smosh ranked second with 11.0 videos viewed in July, followed by Machinima (10.3) and ShaneDawsonTV (7.2). 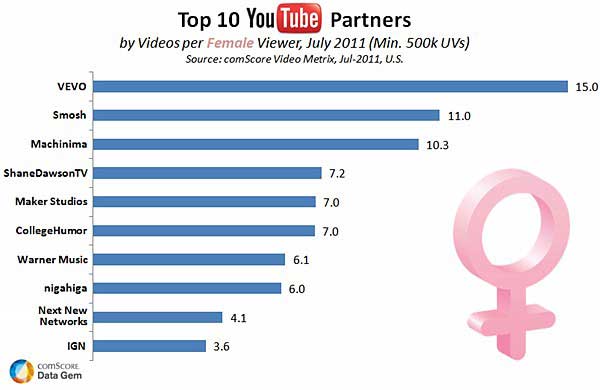 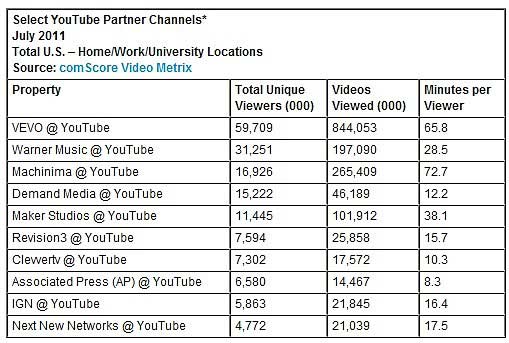