More than one-half (55%) of social media users in the US say they are uncomfortable sharing credit card information with a known brand via secure payment on a social networking site such as Twitter or Facebook, according to a new survey from Digitas.

Moreover, women, who tend to outnumber men on most social networks, are more likely than men to say they are uncomfortable handing over credit card information (60% vs. 51%) in order to complete transactions on social sites. 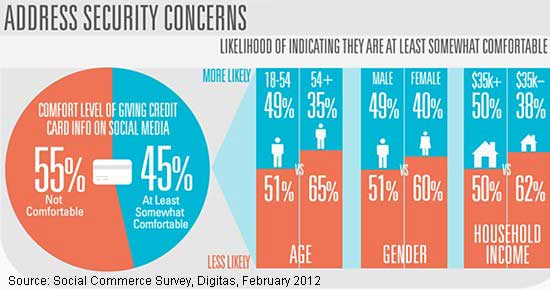 However, 45% of all surveyed social media users say they would be at least somewhat comfortable sharing their credit card information. Among those 45% of users:

Below, additional findings from the Digitas survey of US social media users, conducted by Harris Interactive.

The survey also revealed insights into the amounts of time spent people spend on social networks via mobile devices, as well as spikes in mobile usage patterns across age and gender. 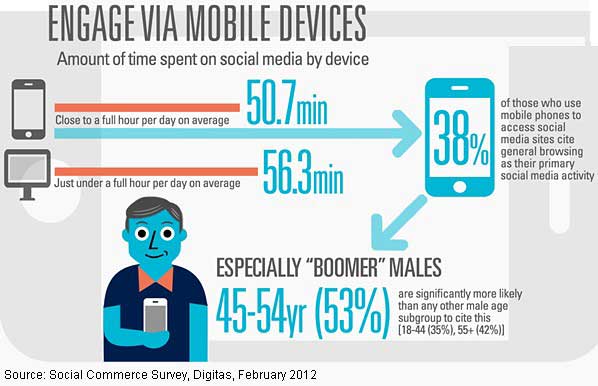 Fully three in four social media users (75%) say they would be more likely to purchase a product or service endorsed by a friend (writing about it or recommending it) on a social media site than by a brand they "like" or "follow."

Meanwhile, more than one-third (34%) of social media users say they would be more likely to share information about a purchase they made via a social media site with friends than one made via a traditional e-commerce site: 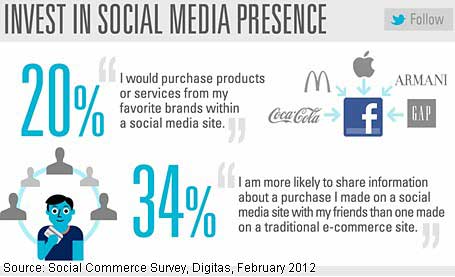 Some 20% of social media users say, if able to, they would likely make group purchases from a brand on a social media site with friends.

Virtual currencies have little influence: 74% of social media users say, if given the option, they wouldn't use virtual currency, such as Bitcoin or Facebook Credits to pay for a purchase made via a social media site.