Social media is now a global phenomenon, with most online adults in North America, Europe, metro Asia, and Latin America regular users, according to a new update of Forrester's Global Social Media Adoption In 2011, originally published in January 2012.

More than 86% of online US adults and 79% of European online adults engage with social media, whereas In BRIC countries some 93% of online users use social tools.

The report uses Forrester's Social Technographics system to classify social media use worldwide (18 countries in North America, Europe, South America, and Asia). Users fall into seven groups based on online activities, and consumers can fall into several different groups. Only Inactives are an exclusive group. 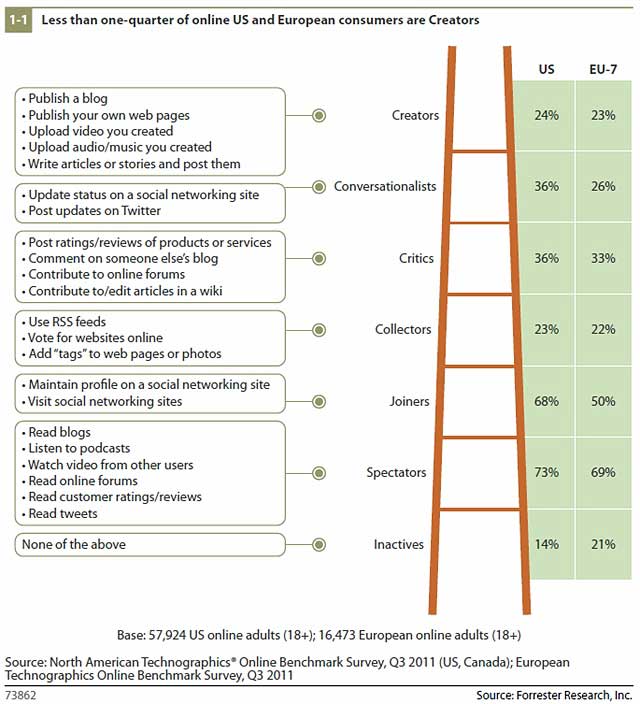 Below, some highlights from Forrester's update regarding global social media adoption study: