Marketers' use of social media and mobile marketing has steadied over the past year, whereas the use of viral online video (e.g., use of YouTube) has continued to grow, according to the ANA (Association of National Advertisers) 2012 Digital and Social Media Survey.

Among the US marketers surveyed: 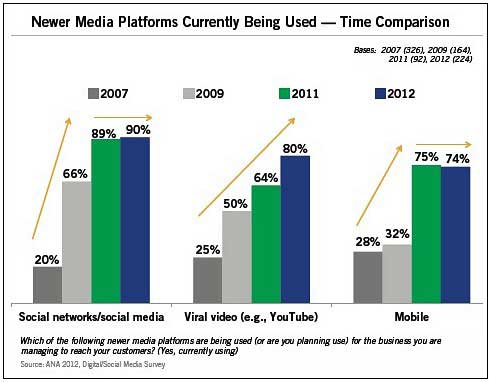 Below, additional findings from The 2012 Digital and Social Media Survey, by the ANA. 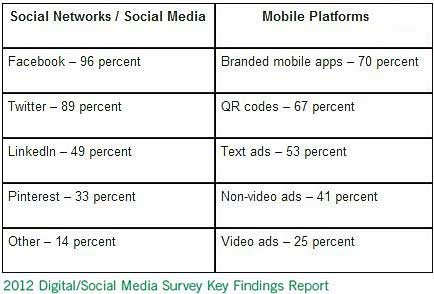 In the mobile space, 70% of marketers are using branded mobile apps, while 67% are using QR codes; only 25% are using mobile video ads.

In addition to relying heavily on social media, mobile, and online video, marketers are also using Web-based channels such as websites (95%), email marketing (91%), and online advertising (89%) to reach customers.

Top Platforms With an ROI Process

Among the marketers surveyed, search engine marketing (paid keyword) (90%), company websites (89%), email (88%), and online ads via third-party websites (88%) are the tactics most likely to be measured. 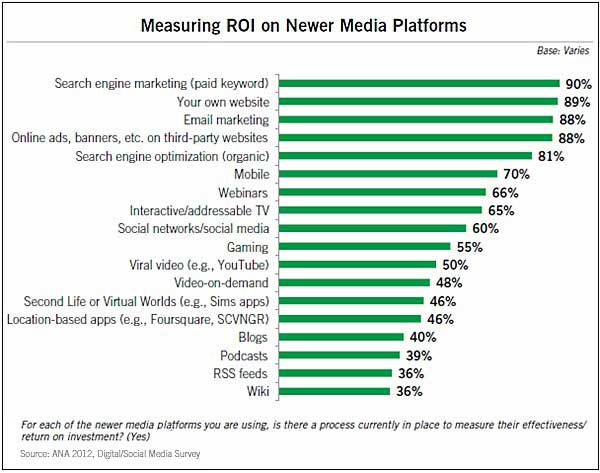 About the data: Findings are based on a survey of 224 client-side marketers from April to May 2012.