The average order value (AOV) of smartphone traffic to online retailer websites reached $97.39 in the second quarter of 2012, higher than that of tablets ($96.11) and traditional devices ($91.86), according to a report by Monetate, which analyzed a random sample of more than 100 million online shopping experiences for the quarter. 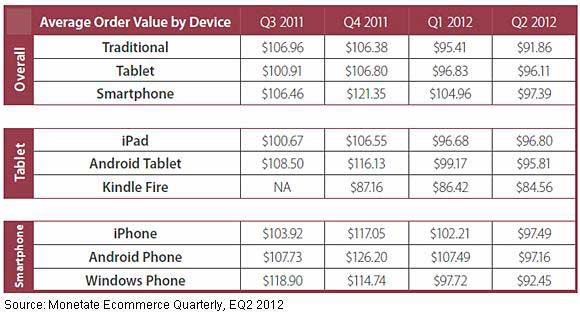 In the smartphone category, iPhone users spent more money when shopping via their devices. iPhone traffic to retail websites recorded an AOV of $97.49, beating out both Android ($97.16) and Windows ($92.45) smartphones. That's the first quarter since 3Q11 that iPhone users have recorded the highest AOVs. 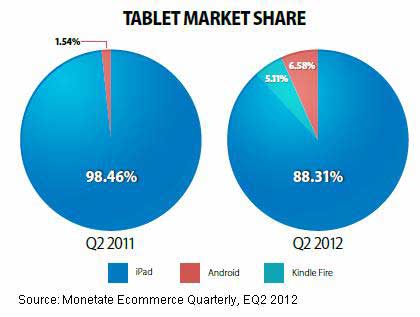 Other key findings from 2Q12:

About the data: Findings are based on the analysis of a random sample of more than 100 million online shopping experiences using same-store data across each calendar quarter.