Both B2B and B2C brands are capturing leads and sales opportunities via social media, though some channels are proving more effective than others, according to a survey from Webmarketing123.

Among B2B marketers surveyed, LinkedIn and Facebook are the social sites most successful at generating revenue opportunities: 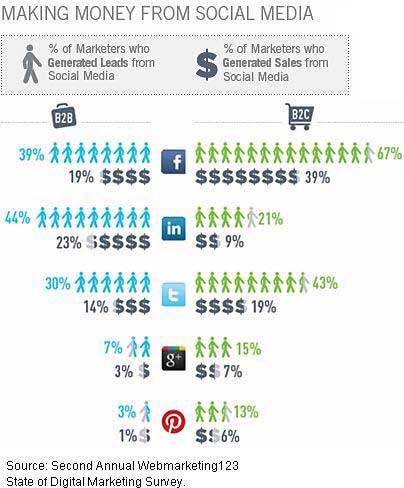 Below, additional findings from the 2nd annual Webmarketing123 State of Digital Marketing Survey. 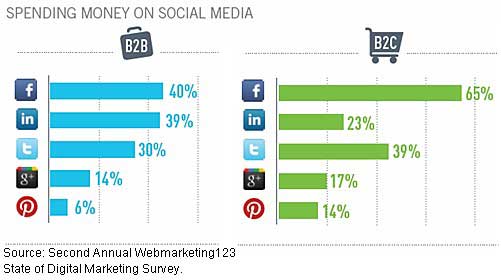 SEO Beats All in Lead Generation 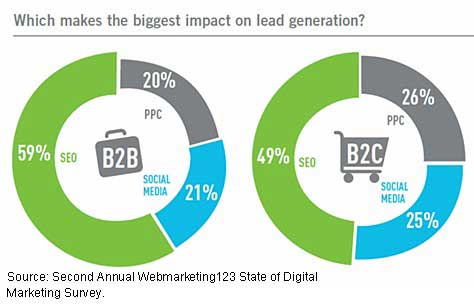