Mobile app users are an attractive audience for marketers, skewing younger and more affluent than other online adults in the US, according to research from Forrester.

Below, key highlights from Mobile Apps for Marketing, issued by Forrester Research.

By contrast, people age 46-55 (Younger Boomers) comprise only 13% of all mobile app users.

Smartphone app users also skew slightly male, at 54%, and earn, on average, roughly $12,000 more in annual household income than other US online adults. 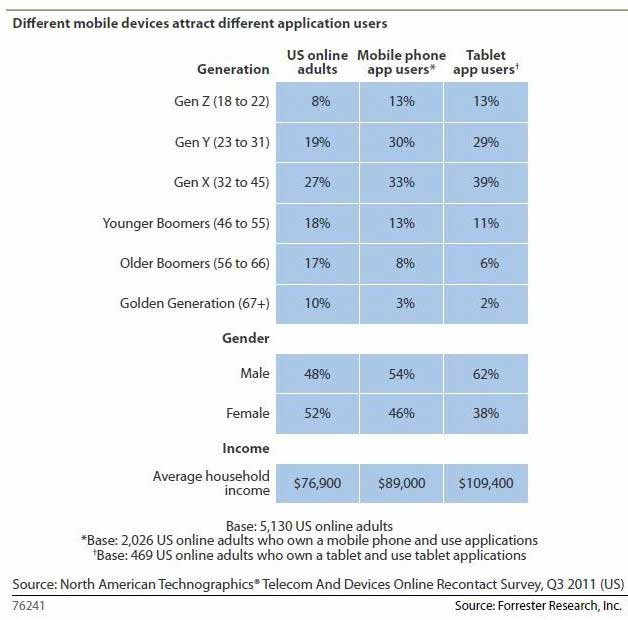 In addition, the demographic composition of app users tends to vary by device operating system (OS). For example, iPhone app users tend to be younger and male—fully one-half (50%) are age 18-31—whereas Android app users skew slightly older than app users of other mobile OS platforms: 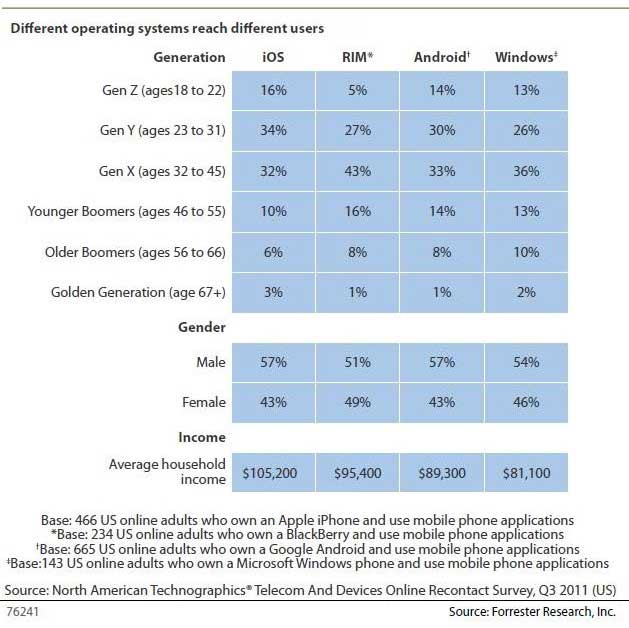 About the data: Finding are based on Forrester's North American Technographics And Devices Online Recontact Survey, conducted in the third quarter of 2011 among 2,026 smartphone owners who use apps and 469 tablet owners who use tablet apps.