Overall, 56% of online adults conduct at least one such photo-sharing activity, and 32% conduct both types—often posting their content on social networking sites such as Pinterest, Instagram and Tumblr.

For the first time, Pew researchers have polled Americans about their use of these relatively new social media sites.

Below, other findings from the study titled "Photos and Videos as Social Currency Online," issued by the Pew Research Center's Internet & American Life Project and Project for Excellence in Journalism.

Women are more likely than men to use Pinterest, a site that allows users to organize and share content from around the Web by "pinning" photos and images into "pinboards" that are organized by category or theme: 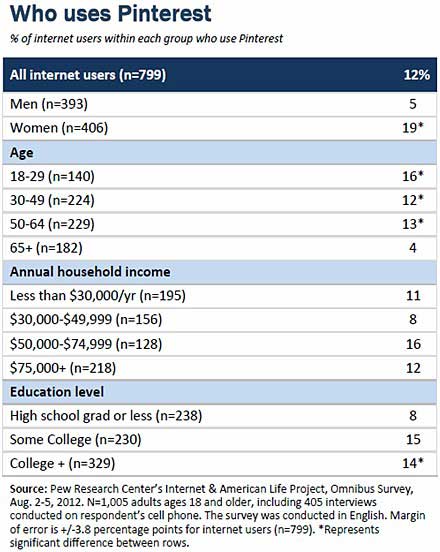 Younger adults are more likely than their older counterparts to use Instagram, a photo-sharing service built around a smartphone app that allows users to filter or tint photos they've taken and then share them with their networks: 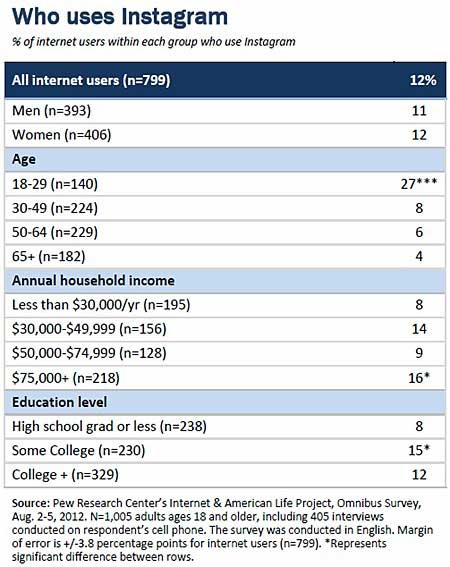 Younger adults are more likely than older ones to use Tumblr, the social blogging service that allows for easy sharing of various types of posts, including text, photos, quotes, links, music, and video: 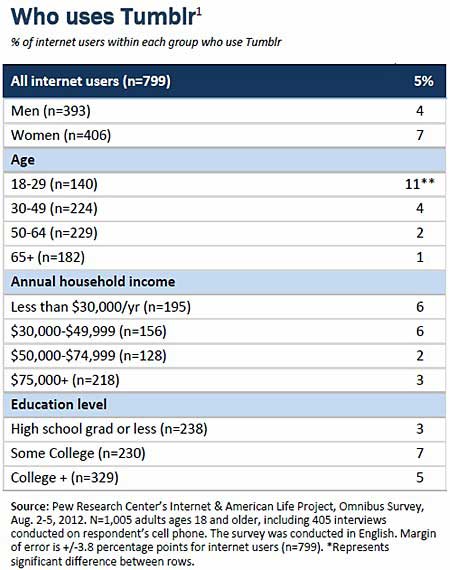 Clearly, the rise of smartphones is a major part of the story because those phones have cameras built into them, making it easy to take and share self-made pictures online, Pew notes.

Other Pew findings regarding US online adults: