Nearly two-thirds of small businesses (66%) are spending more time on social media marketing in 2012 than they did last year, according to a survey from VerticalResponse.

Below, additional findings from VerticalResponse.

Among the small businesses surveyed, a plurality (43%) dedicate six or more hours per week to social media marketing, 25% spend 6-10 hours per week, and 7% spend 20+ hours a week on social marketing. 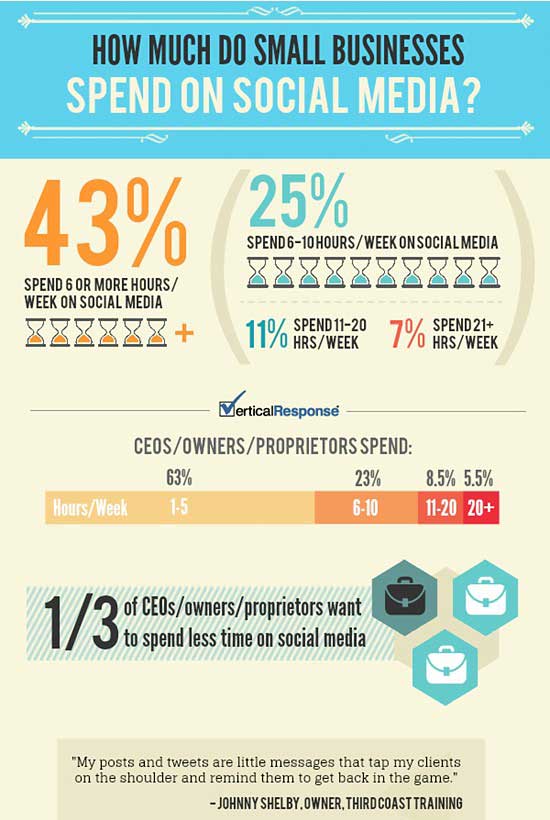 Among CEOs and business owners surveyed (43% of respondents met that criteria), more than one-third (36%) spend 6+ hours on social media marketing, but nearly the same proportion (33%) would rather spend less time doing so.

One reason may be a lack of clear value: Only 36% pay for some type of analytical or scheduling tool for social marketing. Among those 36%, most (57.5%) spend $26+ per month on their tool.

Among the small businesses surveyed: 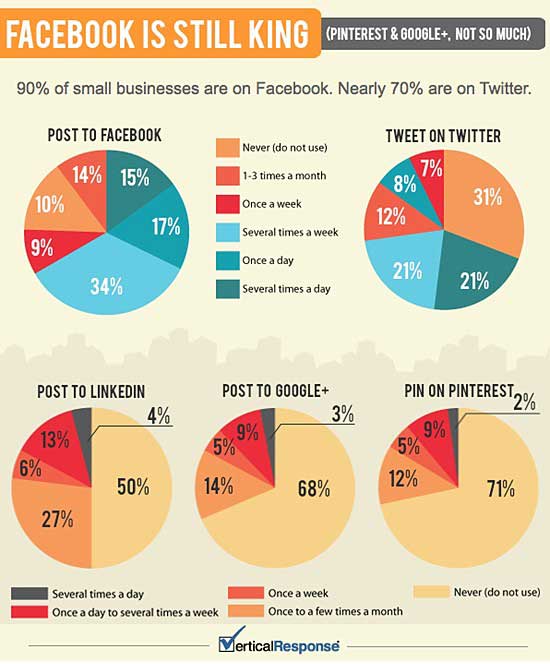 Small businesses understand the value of content, but time is an issue: 55% publish a blog, and among them 42% publish content 2-4 times each month. However, finding content to share is the most time-consuming social media task: 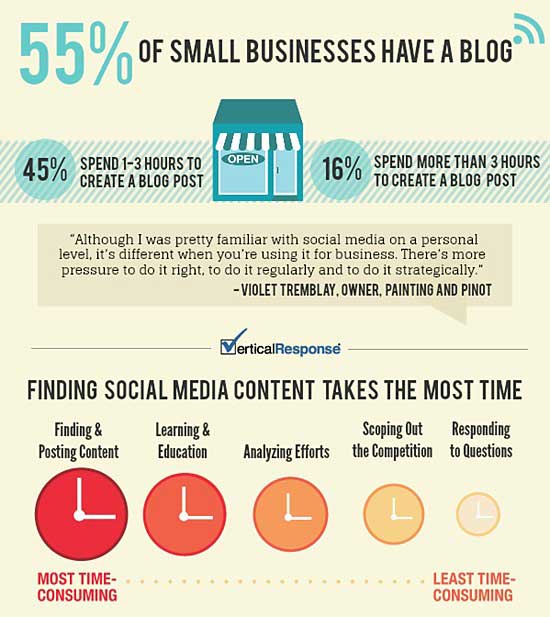