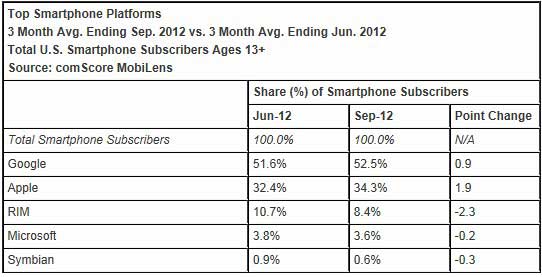 Not surprisingly, given the surge in smartphone penetration, mobile content consumption increased in September. The following activities recording the sharpest increases: 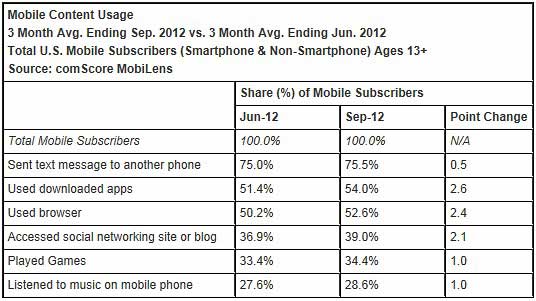 Three-fourths (75.5%) of US mobile subscribers used text messaging on their mobile device in September, up 0.5 points from the previous three-month period.

Samsung was the top mobile OEM (original equipment manufacturer) with 26.0% market share in September, up 0.4 points from the previous three-month period, followed by LG with 17.7%.

Once again, Apple recorded the greatest handset share growth, up 2.1 points to 17.5%. 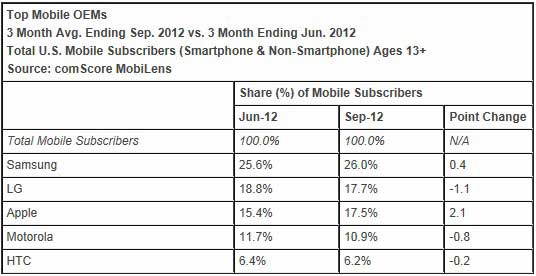