Brands that use Facebook are responding to more inquiries from their fans, and they're doing it in record time, according to new data from Socialbakers.

Those increases occurred even as the volume of questions posted on Facebook brand pages grew an average of 26% between 2Q12 and 4Q12.

Below, additional findings from Socialbakers' new report based on data for the fourth quarter of 2012.

Brands that are socially devoted meet the following criteria, according to Socialbakers:

Across most of the industries studied, brands became more socially devoted in the second half of 2012, with airline and finance brands leading the way. 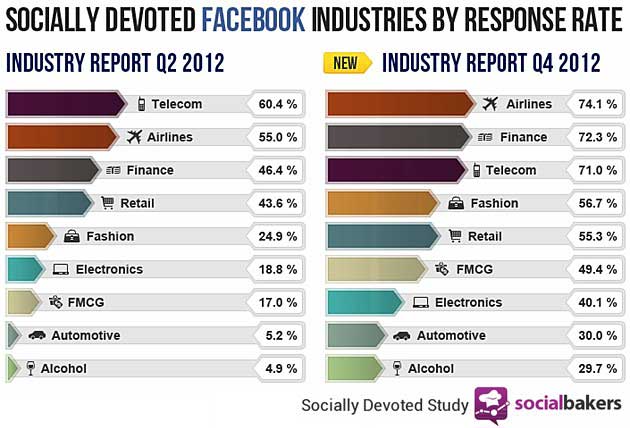 About the data: Findings are based on data from 14 thousand Facebook brand Pages gathered via Socialbakers' analytical platform in the fourth quarter of 2012.