Social media still accounts for less than 5% of total leads to B2B websites, according to Optify's 2012 B2B Marketing Benchmark Report. Among social media, Twitter is the primary driver of leads, outperforming both LinkedIn and Facebook. 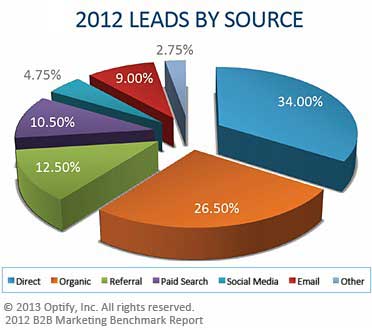 Social media accounted for 4.75% of total leads to B2B websites.

Among key sources of leads, email recorded the highest conversion rates—defined as the proportion of visitors who submit a lead form during a single visit—with an average of 2.89%. Referrals ranked second with 2.04%, followed by paid search (1.96%) and direct traffic (1.65%). Organic search and social media generated the lowest conversion rates, 1.45% and 1.22%, respectively. 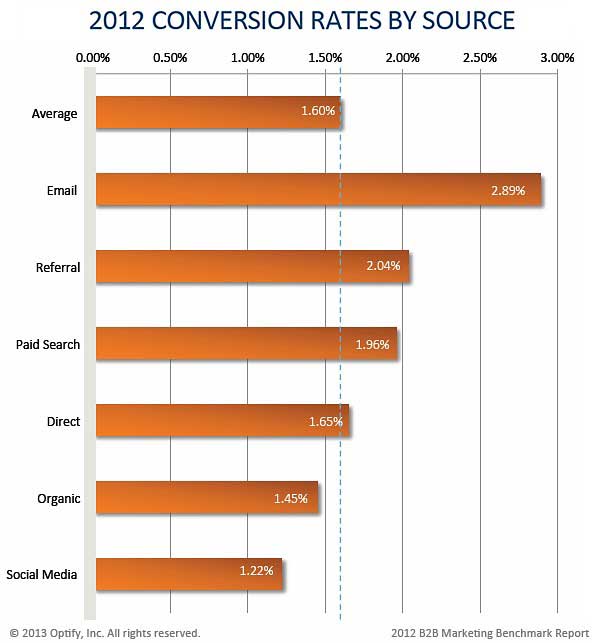 Among the top 3 social networks, Twitter was the strongest channel for generating leads, accounting for 82% of all leads from social-networking sources and outperforming Facebook and LinkedIn 9 to 1: 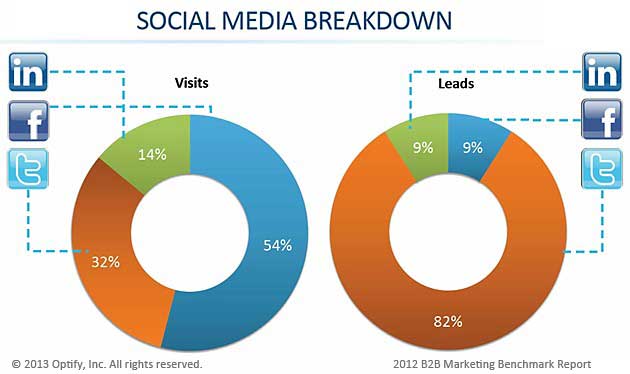 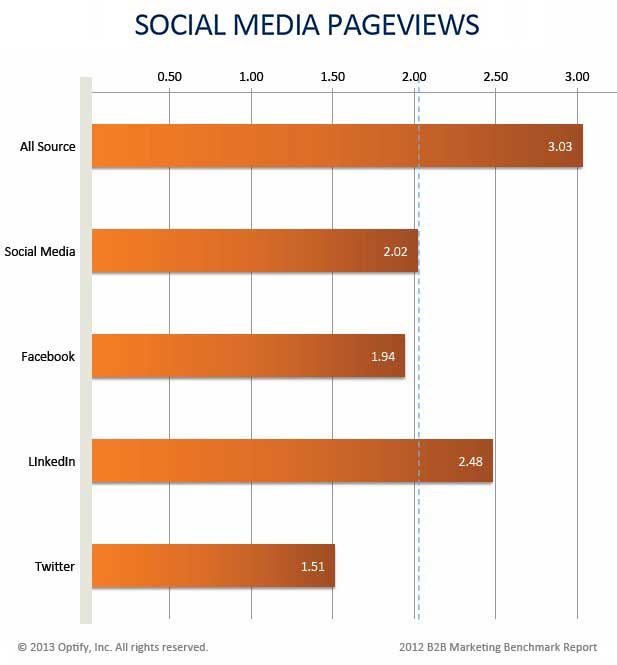 About the report: Findings are based on data collected from over 62 million visits, 215 million pageviews and 350,000 leads from more than 600 small and midsize B2B websites that used Optify's marketing platform. Data was collected using Optify's visitor and lead tracking technology and include only US-based .com sites with 100 to 100,000 monthly visits. The digital channel analysis included websites with a minimum of 10 visits per traffic source each month.