B2B and B2C marketers tend to have different marketing objectives for their businesses; not surprisingly, they also have different views on which marketing tactics are the most effective, according to a survey from Ascend2. 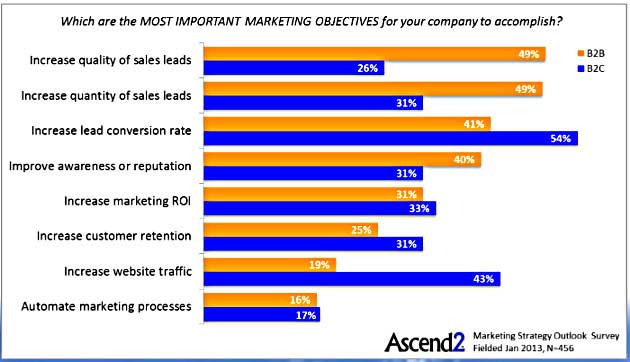 Below, additional findings from Ascend2's Marketing Strategy Outlook Survey, based on a poll of 456 marketing executives worldwide.

Though email is still the most effective marketing tactic for both B2Bs (58%) and B2Cs (63%), that’s where most of the similarities end. 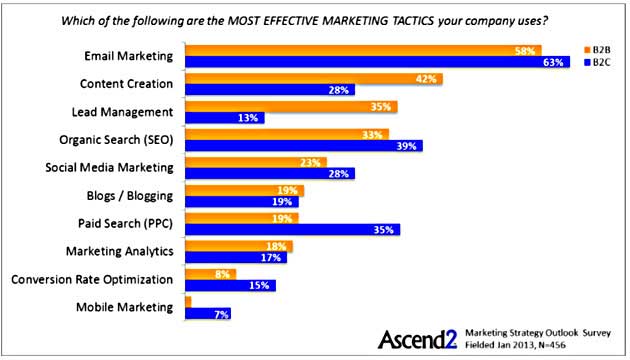 B2Cs are more confident than B2Bs in social media (28% vs. 23%), whereas tactics such as blogging and marketing analytics appear to be equally effective for B2Bs and B2Cs.

The most effective marketing tactics appear to be the most difficult to execute.

Among B2Bs, content creation—ranked as the second most effective tactic—ranks as one of the most difficult tactics to execute (39%). Conversion rate optimization and social media also rank high in difficulty (39% and 34%, respectively.) 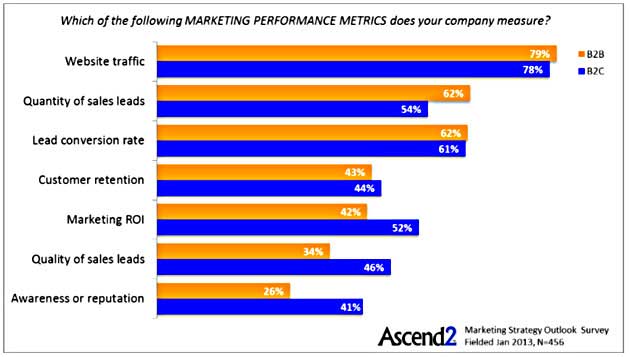 About the data: Findings are based on a survey of 456 marketing professionals worldwide, conducted in January 2013 by Ascend2.