Online nonprofit fundraising is on the rise, with explosive growth in sustaining gifts and a larger audience of supporters reached via social networks, according to an analysis of leading US nonprofits.

Email list is up 15%, online revenue grew 21% from 2012 levels, and the number of Twitter followers increased 264% over the past year, the 2013 eNonprofit Benchmarks Study, conducted by M+R Strategic Services and NTEN, found.

However, the long-term decline of email response rates is continuing, even as online revenues increase and social media audiences grow, according to the analysis.

Click-through rates for fundraising messages, for example, declined steeply (down 27% from 2011); consequently, fundraising response rates dropped to 0.07%—a 21% decrease from the prior year.

Below, additional findings from the 2013 eNonprofit Benchmarks Study, including an infographic, tables, and the following key findings and infographic: 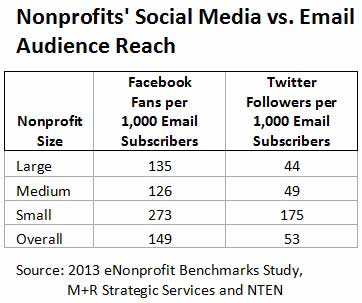 "Nonprofits are continuing to adapt to the needs of their supporters, connecting with more people in more ways than ever before," said Sarah DiJulio, Principal at M+R Strategic Services. "Just as their issues have evolved, nonprofits are increasingly embracing new and innovative technologies of email, social media, and mobile platforms to bring the message to the masses." 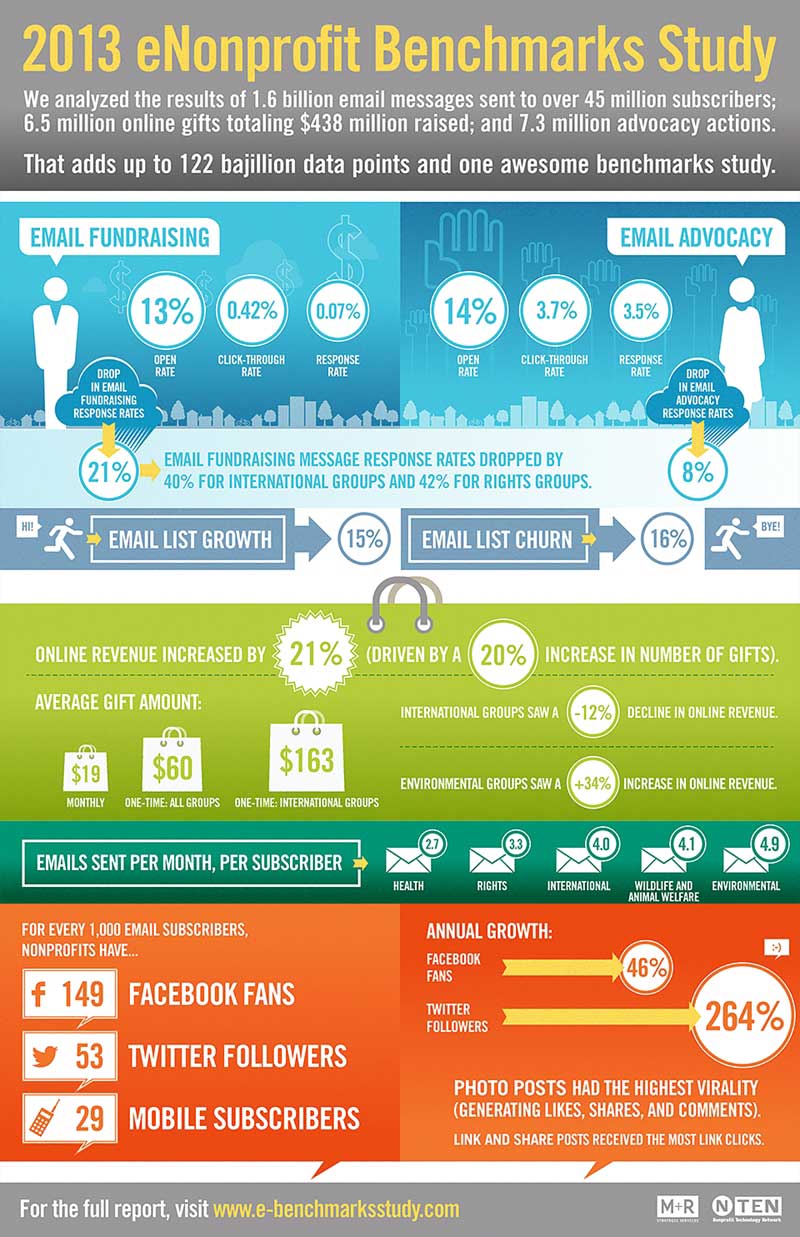 About the study: The 2013 eNonprofit Benchmarks Study, conducted by M+R Strategic Services and NTEN, examined data from 55 nonprofits in sectors ranging from rights to environmental issues. The current study is the seventh such report and is based on an analyses of 1.6 billion email messages sent to 45 million list subscribers, 7.3 million advocacy actions, and more than $438 million online donations from over 6.5 million online gifts collected throughout 2012.

You may like these other MarketingProfs articles related to Non-Profit: