One in three Americans age 12 and older, or an estimated 86 million people, now listen to online radio on a weekly basis according to a recent survey from Arbitron Inc. and Edison Research.

Furthermore, the weekly audience size of traditional AM/FM radio grew from 223 million to 243 million over the past year, and time spent listening remained approximately the same at two hours a day, the survey also found.

The study, titled The Infinite Dial 2013: Navigating Digital, polled Americans across the country about their use of digital platforms and media. 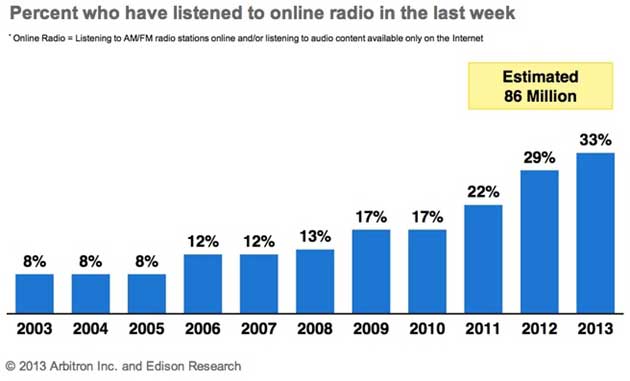 Below, additional findings from The Infinite Dial 2013: Navigating Digital Platforms.

Online radio users reported listening an average of 11 hours 56 minutes per week, up by more than two hours over 2012 listening levels (9 hours 46 minutes), and nearly double that reported in 2008 (6 hours 13 minutes). 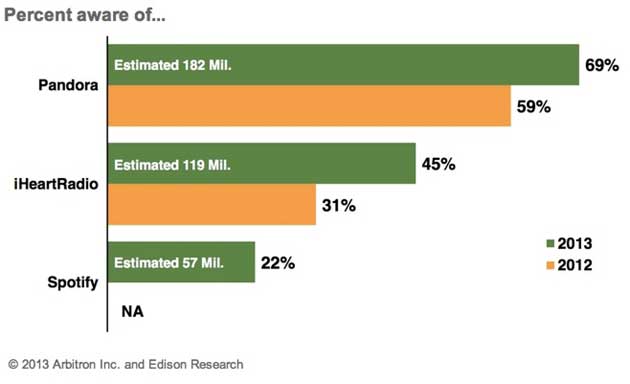 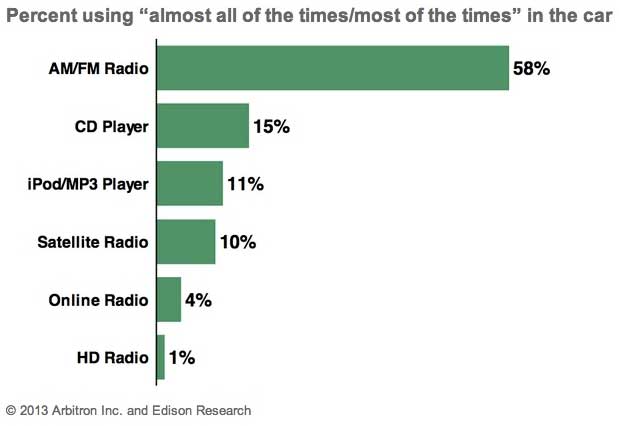 About the data: The Infinite Dial 2013: Navigating Digital Platforms survey was conducted by Arbitron and Edison Research in January and February of 2013 among 2,021 people age 12+, in English or Spanish, via landlines or mobile phones. Data was weighted to reflect national population figures.