Education, retail, and computer hardware/electronics are the best-performing verticals in email marketing, according to a recent report released by Silverpop that benchmarked open rates, click-through rates, and churn metrics across 14 industries and four geographic regions.

Among the other findings:

Unique open rate  was defined in the report as the percentage of received messages that were opened by one recipient. 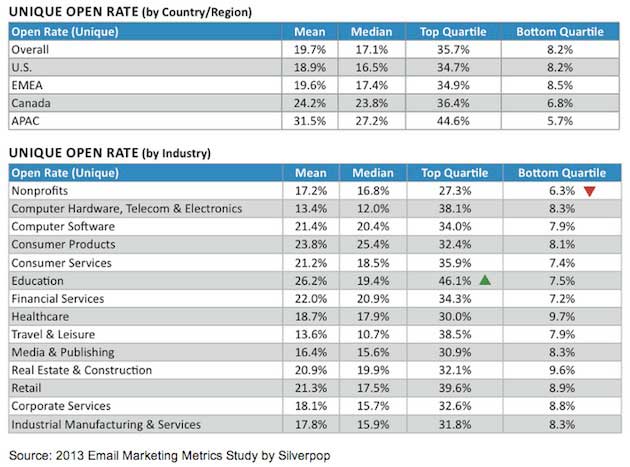 Click-through rate (CTR) was defined as the percentage of delivered email messages that drew at least one click. 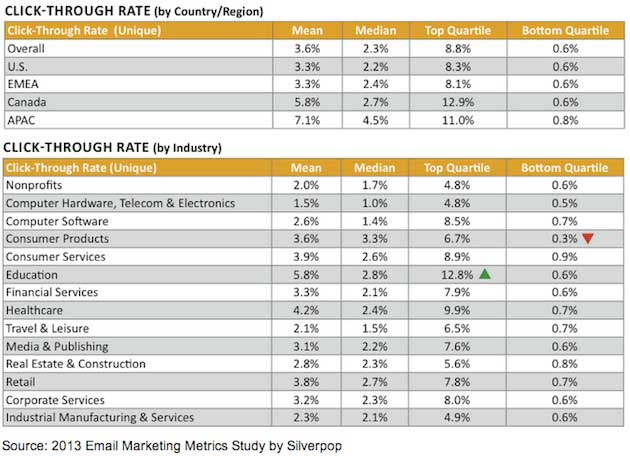 Hard bounce rate was defined as the percentage of sent messages that failed because the email address didn’t exist or the account was closed. 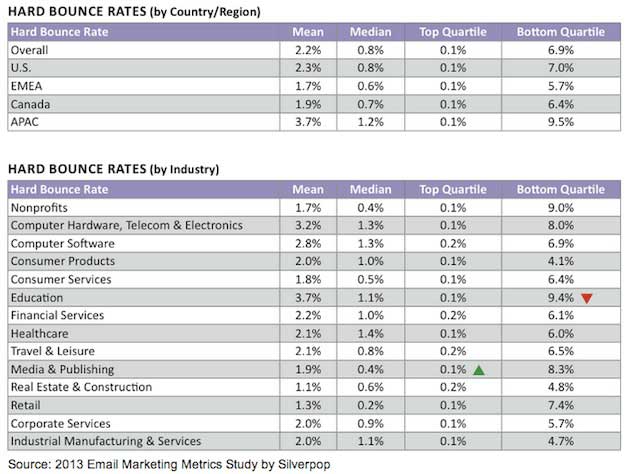 Unsubscribe rate was defined as the percentage of delivered email messages that generated unsubscribe requests.

Message size was defined as the size of an email message measured in kilobytes (KB), including all text, images and coding.

About the research: The study examined messages sent in 2012 by Silverpop’s client base—2,787 brands from 40 countries across a variety of industries. A broad set of message types was included in the study, from promotional emails and content-based newsletters to notifications and transactional messages.