Online advertisement click-through rates (CTRs) are highest on Fridays, and the peak time for clicks occurs between 11 AM and 2 PM every day, according to a recent report from online ad network Infolinks.

The company studied a sample of one trillion impressions from its publisher network, which includes more than 100,000 websites, in 1Q13 to determine which US states, days of the week, and hours of the day perform best in terms of click-through rates. 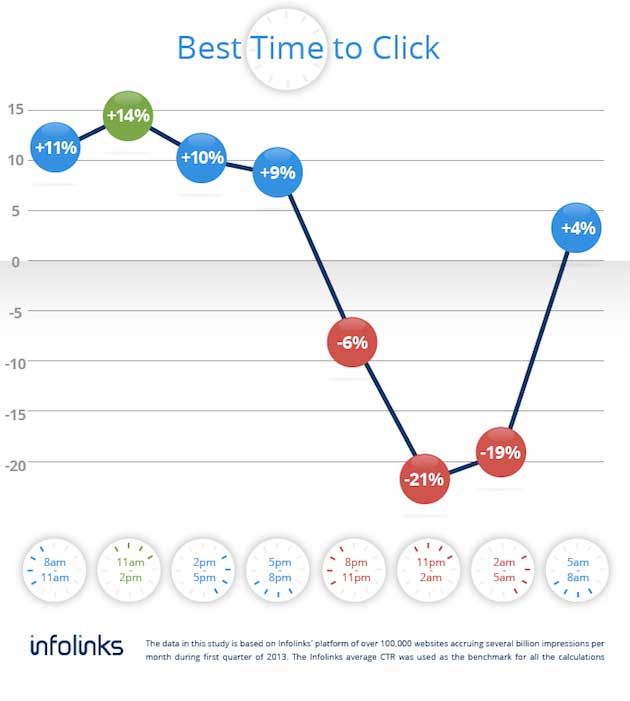 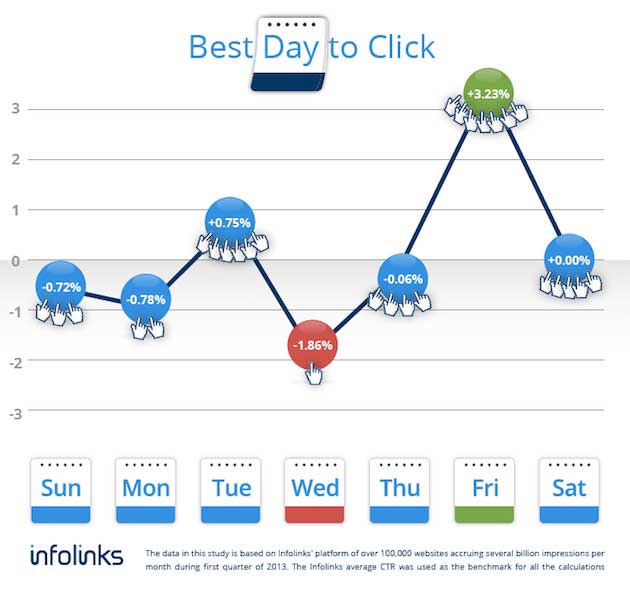 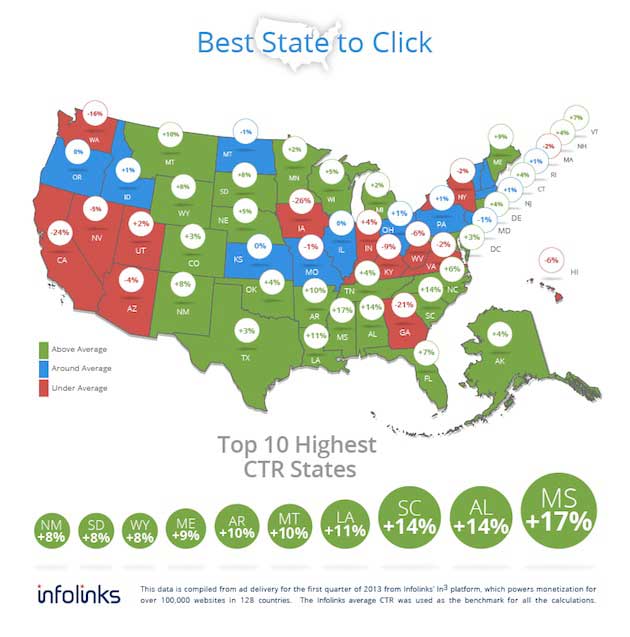 About the research: The report was based on data from a sample of one trillion impressions from Infolink's publisher network, which includes more than 100,000 websites.