The most popular types of email sent by marketers during the holiday season (October to December) are "percentage off" and "dollar amount off" offers, yet consumers often do not differentiate those from standard mailings, according to a recent report by Experian Marketing Services.

In addition, consumer response to these tactics varies significantly by country. Among the key regional differences are the following: 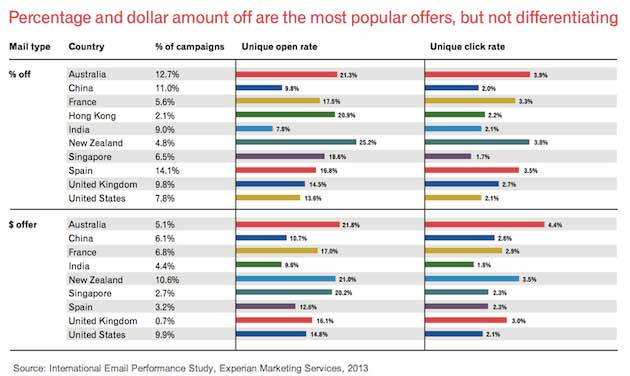 Below, additional key findings from the International Email Performance Study, which examined more than 100,000 email campaigns in Australia, China, France, Hong Kong, India, New Zealand, Singapore, Spain, the United Kingdom, and the United States, sent between October 2012 and the end of December 2012. 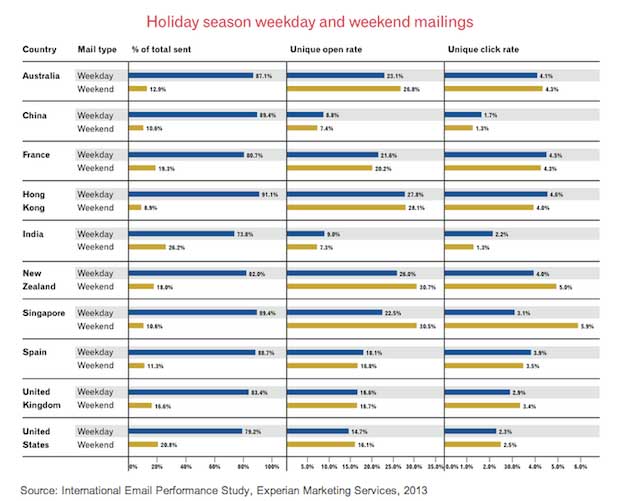 About the research: The study was based on data from more than 100,000 email campaigns sent by more than 1,000 brands between October 2012 and the end of December 2012. Campaigns in the following countries were included: Australia, China, France, Hong Kong, India, New Zealand, Singapore, Spain, the United Kingdom, and the United States.