Organic search still leads as the largest channel for online e-commerce customer acquisition, and email as a channel has exploded in growth over the past four years, according to a recent report by Custora.

The study, which examined data from 86 US retailers across 14 industries, found organic search to be the largest source of e-commerce customers (15.8% of all customers acquired), followed by cost-per-click (9.8%). Since 2009, customer acquisition via email has quadrupled, growing to 6.8%. Affiliate referral traffic has also grown significantly, and now accounts for 6.3% of customers acquired.

In contrast, Facebook accounted for just .17% of all e-commerce customers acquired, and Twitter was responsible for less than .01%. 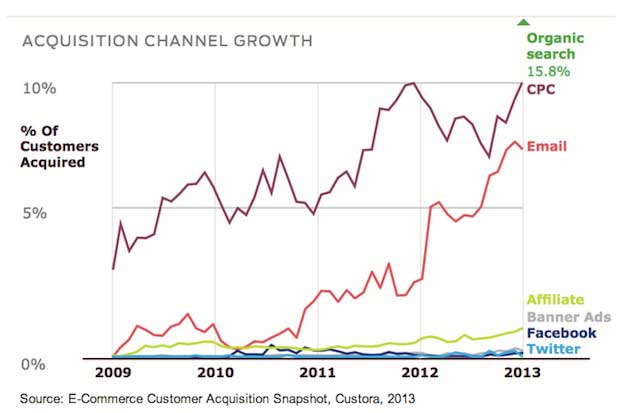 Below, additional key findings from the E-Commerce Customer Acquisition Snapshot. 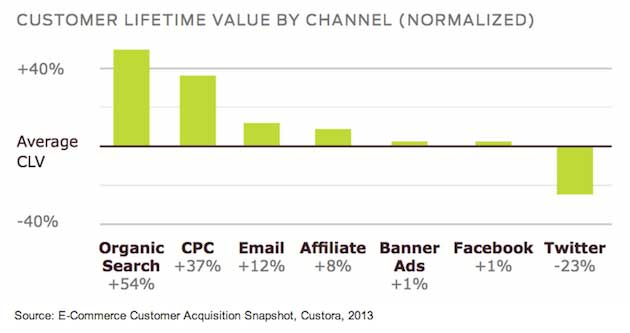 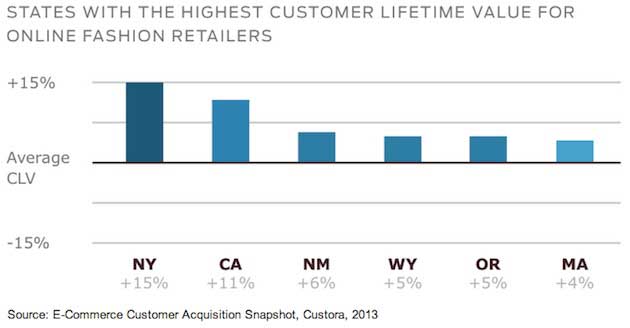 About the research: The report was based on data from 72 million customers who interacted with 86 US retailers across 14 industries. Acquisition channels were determined by using the "utm_medium" tag in Google Analytics.