Promoting a webinar more than seven days before the event can increase audience size 36%, even though most registrants sign up within a week of the scheduled date, according to a recent report by ON24.

In addition, the study, which was based on an analysis of more than 2,300 webinars from 500 organizations, found that sending a final email within 24 hours of the start time can increase registration 37%. 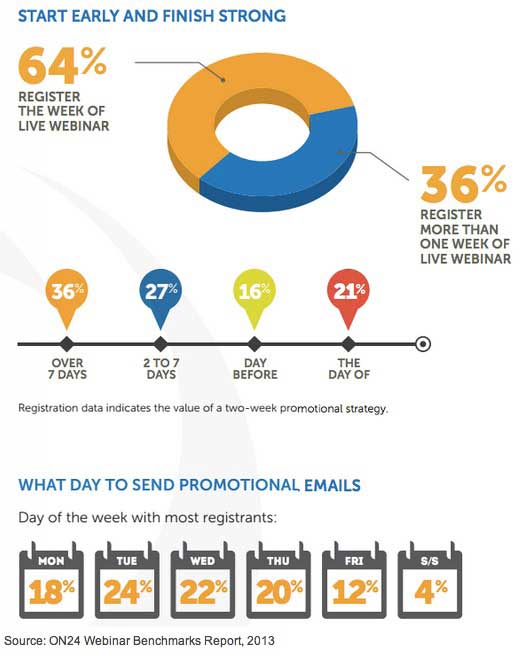 Below, additional key findings from the ON24 Webinar Benchmarks Report.

Email remains the most effective tool for driving webinar registration, followed by the presenting organization's website.

The most common times for scheduling webinars in the US tend to be convenient for both the East and the West Coast. 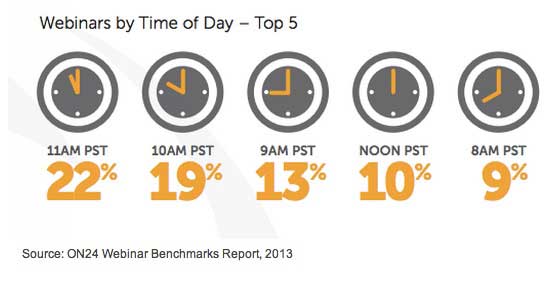 Most large webinars (100 or more participants) averaged between 200 and 400 attendees. 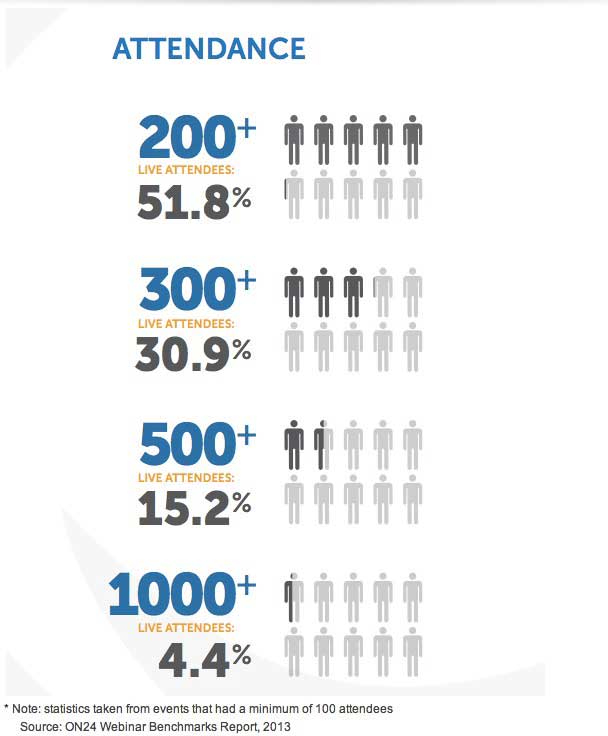 Most organizations conducting webinars now include additional tools/content in the webcast console, including slide windows (98% of webinars examined), Q&A tools (81%), and speaker biographies (61%).

25% of those who registered for a webinar prior to the live date viewed the archived version of the event on-demand.

About the research: The report was based on an analysis of more than 2,300 webinars from 500 organizations conducted on the ON24 platform. The webcasts were broadcast between January and December of 2012.