Consumers open almost half of all marketing emails on mobile devices, yet they prefer to interact with promotional messages on a computer, according to a recent report by Yesmail Interactive.

The study found that that 49% of all marketing email opens now happen on a mobile device, yet the click-to-open rate (how many consumers clicked after opening an email) is significantly lower for mobile.

Twice as many people click on an email after opening it on a desktop (23%) compared with a mobile device (11%).

Below, additional key findings from the report, which was based on an analysis of 5 billion marketing emails sent by Yesmail in the second quarter of 2013. 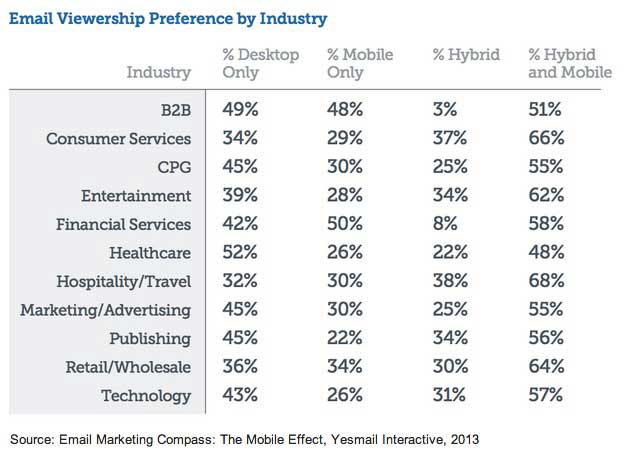 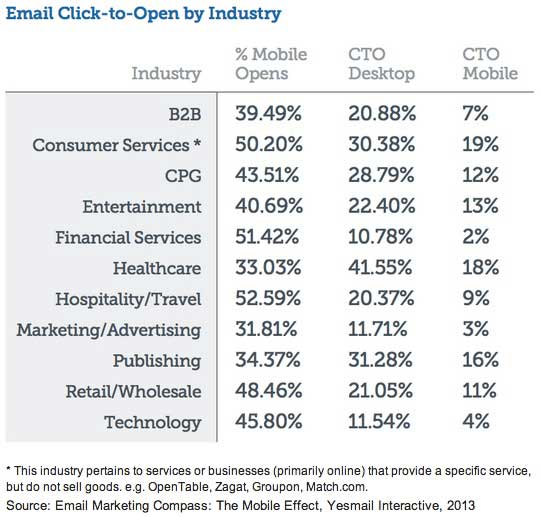 About the research: The report was based on an analysis of 5 billion marketing emails sent by Yesmail in the second quarter of 2013.