Paid search visits have a 35% higher conversion rate for e-commerce websites compared with visits from organic search, according to a recent report by MarketLive.

The report, which was based on data from more than 200 e-commerce websites with over $1.5 billion in combined annual sales, found that visitors arriving from paid search links had a 2.6% average conversion rate in the first six months of 2013, compared with a 1.9% conversion rate for organic search visits. 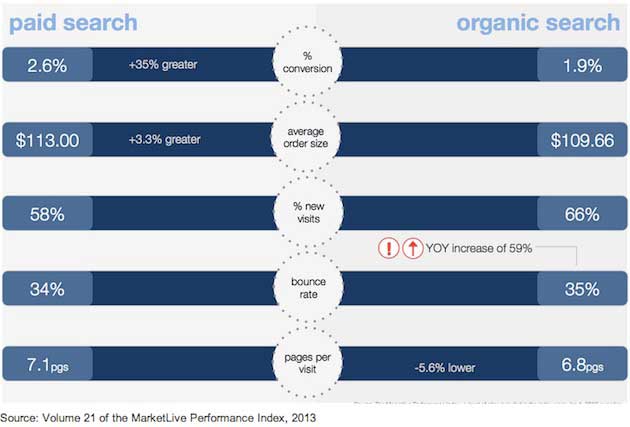 Below, additional key findings from the MarketLive Performance Index. 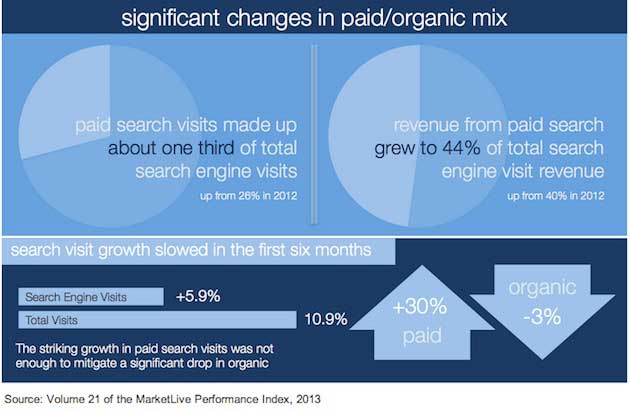 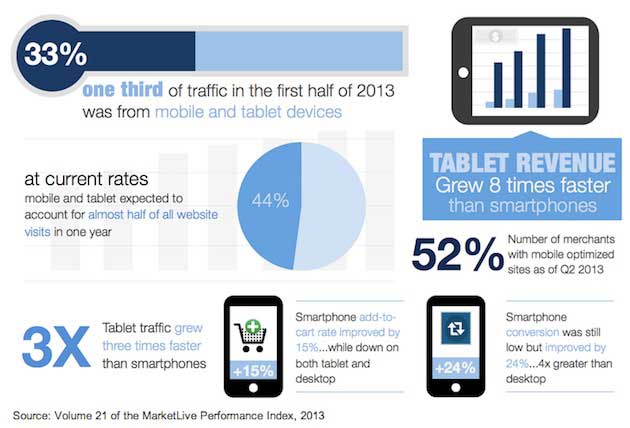 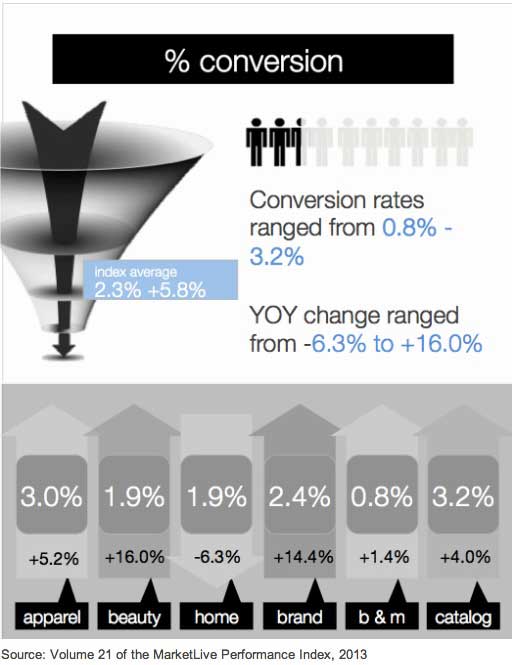 About the research: Volume 21 of the Performance Index was based on data from the MarketLive customer base collected in the first six months of 2013.