Search Ranking Factors 2013: What Does Google Look For? [Infographic]

Increasingly, websites that appear at the top of Google search results are those that tend to have a high number of social signals, such as likes, shares, tweets and plus-ones, according to a recent report by Searchmetrics.

The study, which was based on an analysis of 300,000 URLs appearing in the top search result position in the US, found a particularly strong correlation between signals from Google's own network, Google+, and good rankings. 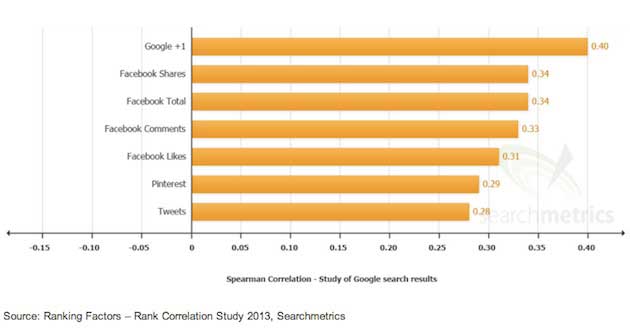 Below, conclusions from the report, including insights into the correlation between search rank and page coding, keywords, and content factors.

The study found that fulfilling certain on-page coding criteria, such as having fast site speed, no longer has a positive effect on a website's ranking.On the other hand, if a website does not meet these criteria, its ranking will fall.

Put another way, SEO basics—such as fast site speed, using H1 and H2 tags, and having a description—are now prerequisites rather than search rank boosters. 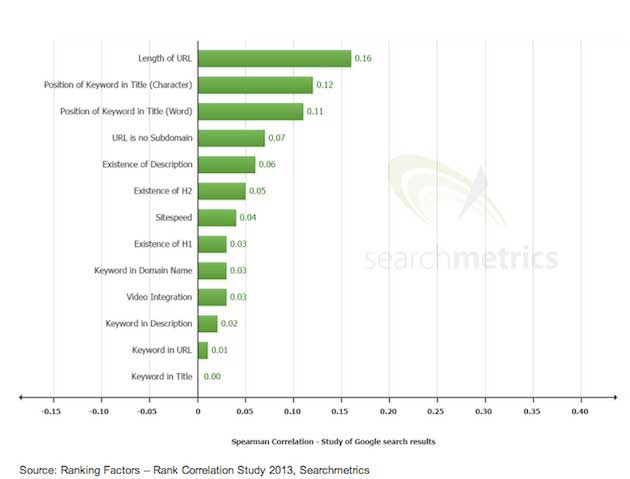 The importance of having keywords in the domain name or the URL has lost significance—mainly because of two algorithm changes by Google in 2012.

However, the importance of keywords on the page itself, as well as the relevance of the keyword position in the title (the closer to the front, the better), have increased considerably.

Content factors correlate almost entirely positively with good rankings and were found to be even more important in 2013 compared with 2012.

A good internal link structure also appears to be an important quality attribute.

Google does not seem to apply the same criteria for the websites of brands as for other domains.

For example, the search engine considers it natural for brands to have comparatively more backlinks with the name of the brand in the link text alone. 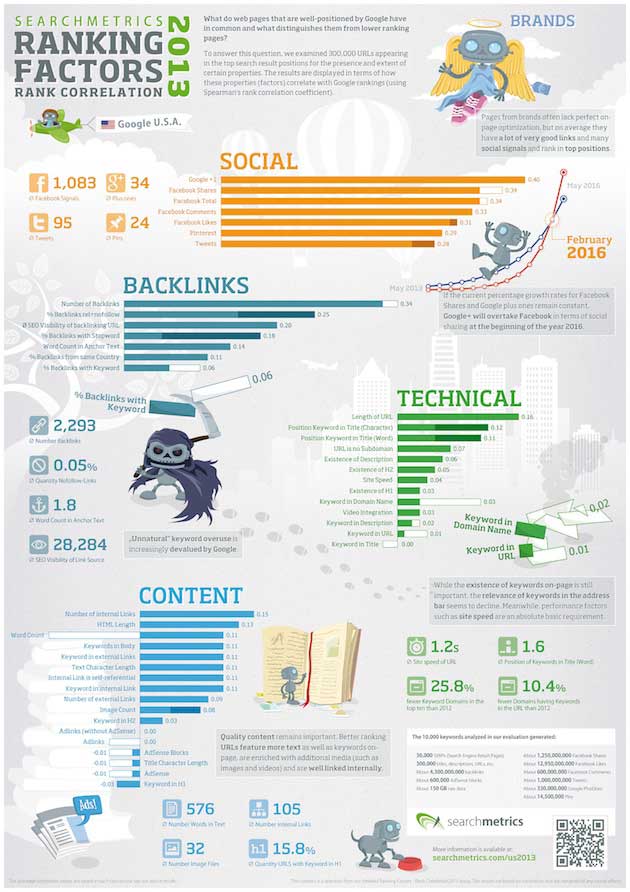 About the research: The report was based on Searchmetric data for 10,000 top Google search keywords. To derive their list of Ranking Factors, the researchers looked for correlations between website characteristics and top search rankings. The data was collected in March 2013 and June 2013.