Over half of consumers (54%) report that the new Gmail Tabs feature hasn’t affected the amount of time they spend viewing promotional messages from their favorite brands, according to a recent report by StrongView.

However, 40% of consumers say they spend less time viewing promotional messages since the rollout of the feature, which automatically filters inbox messages to various tabs for US Gmail users.

Only 7% of survey respondents say they spend more time viewing messages since Tabs was introduced; however, 15% of younger users (age 18-24) say so. 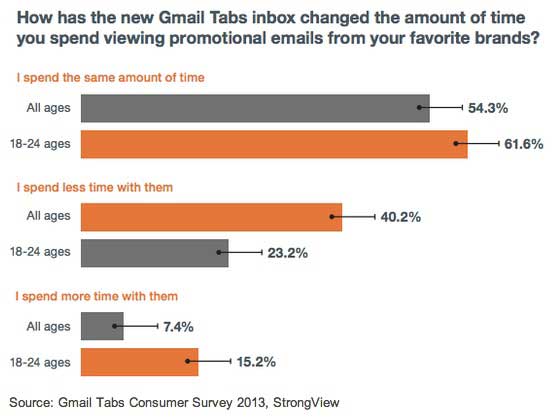 In general, the survey found that younger users are making more use of Tabs. Respondents age 18-24 are more likely to find the new tabs helpful in managing their inbox (50%) compared with the general population (37%).

Younger users are also more likely to check the Promotions Tab  to look for messages from their favorite brands (13% check more than three times a day, compared with 8% for the general population). 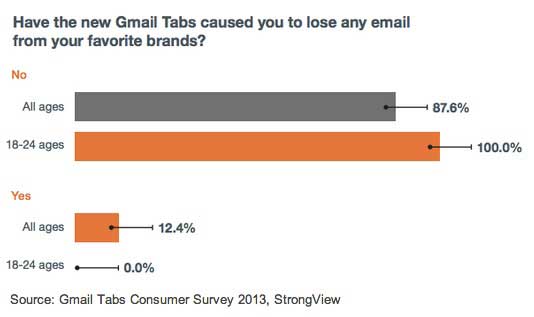 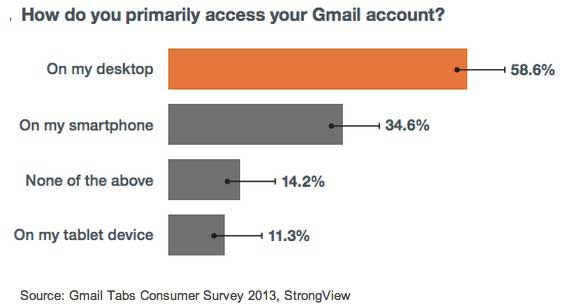