Small business owners say lack of government support is their greatest fear for the year ahead, according to a recent global survey by Hiscox. The second is being unable to attract new customers, closely followed by the fear of being forced to pass on cost increases to customers.

Regarding the role of government, small businesses' greatest concerns in the United States are taxes and bureaucracy. Nearly two-thirds of men and women (62% and 63%, respectively) say the US taxation system does not favor those seeking to set up their own business.

Men and women (64% and 61%, respectively) also say government bureaucracy is a major barrier to setting up a small business in the US. That sentiment has grown significantly for women since 2011, when it was 54%. 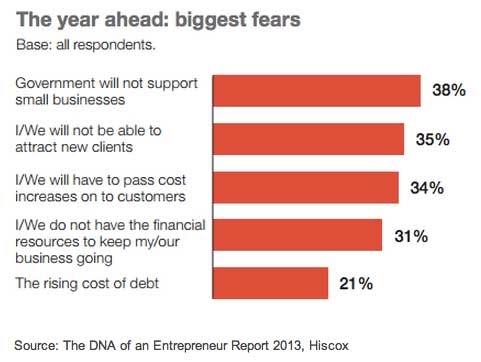 Below, additional key findings from the report, which was based on a survey of 3,000 owners or partners in businesses with fewer than 50 employees (500 respondents, each, from the UK, US, Netherlands, Germany, France, and Spain).

Benefits of a Small Business 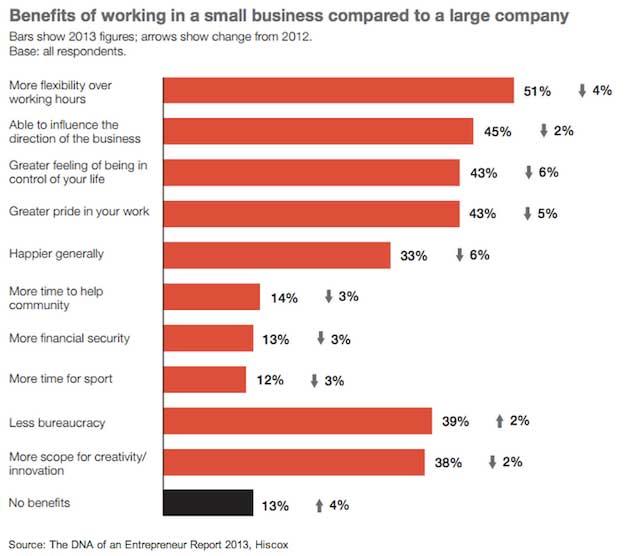 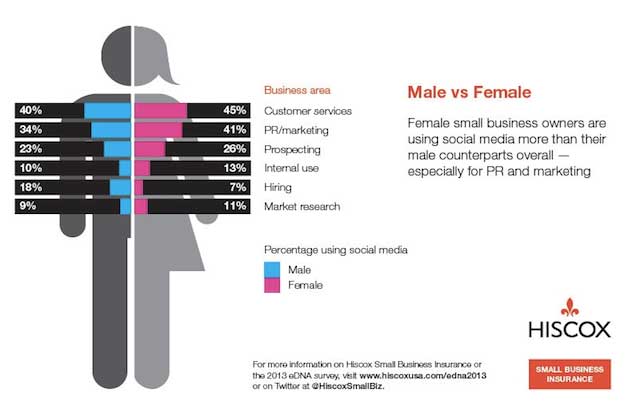 About the research: The report was based on a survey of 3,000 owners or partners in businesses with fewer than 50 employees (500 respondents, each, from the UK, US, Netherlands, Germany, France, and Spain).