AOL served the most video ads of any Internet property in September 2013, according to recently released data from comScore.

The company, following its acquisition of Adap.tv, served more than 3.7 billion ads in the month. Google Sites came in second with 3.2 billion ads, followed by BrightRoll Platform with 2.8 billion, and LiveRail.com with 2.6 billion.

Video ads reached 55.4% of the total US population an average of 133.6 times during the month. Hulu delivered the highest frequency of video ads to its viewers with an average of 74. 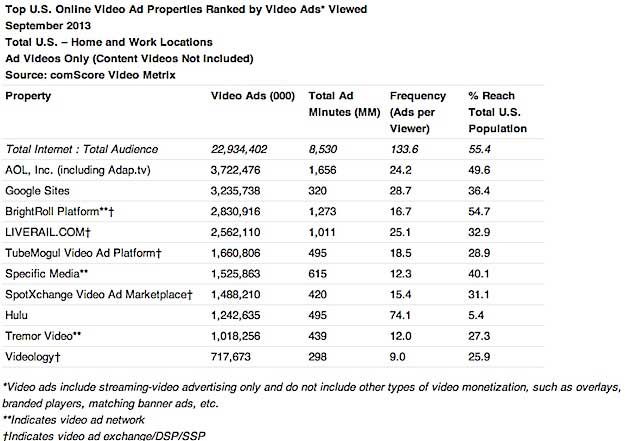 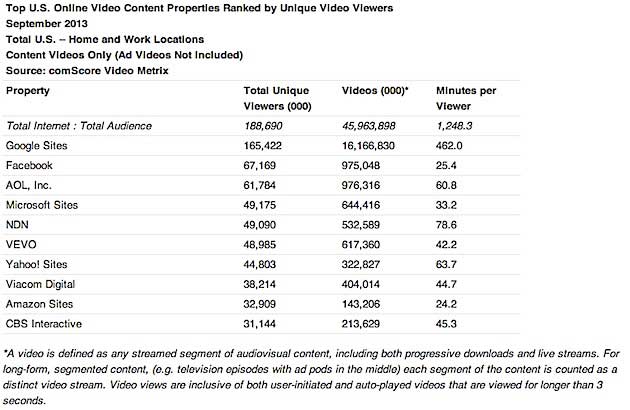 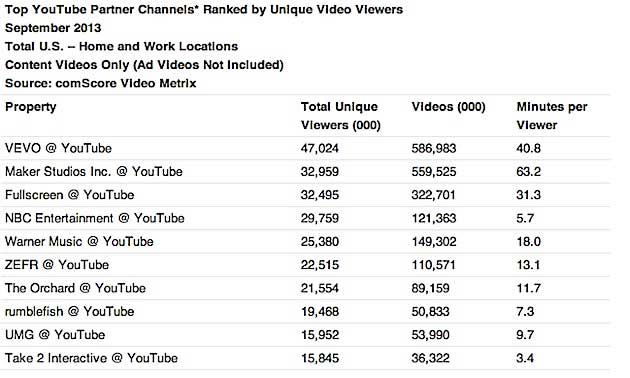