The majority (62%) of digital content publishers now offer native advertising opportunities, such as sponsored blog posts, according to a recent report by Hexagram and Spada.

Moreover, 16% of publishers that do not currently offer native advertising options plan to start doing so within a year.

The study also found that 41% of brands have already run native advertising campaigns, and 20% of those that haven't plan on doing so within a year.

Below, key findings from the report, which was based on data from a survey of 1,000 publishing, advertising, marketing, and PR professionals.

What Is 'Native Advertising'? 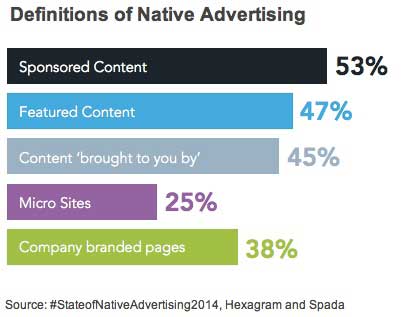 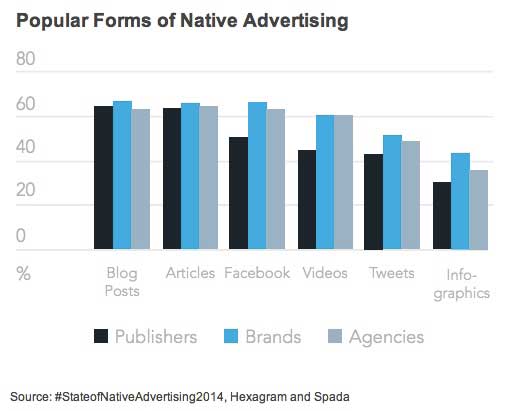 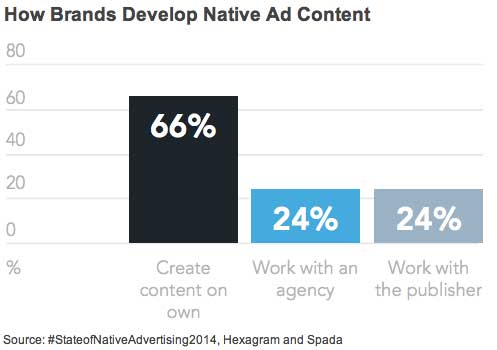 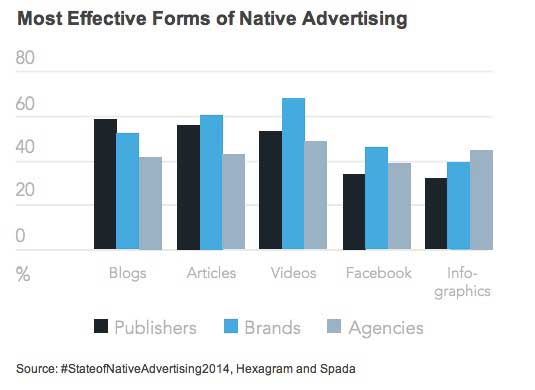 About the research: The report was based on data from a survey of 1,000 respondents from the publishing, advertising, marketing, and PR industries (76% from US-based companies). The survey was fielded in September 2013.