Across all industries, 16% of sales driven by email now happen via a mobile device, with 56% of those mobile sales being completed on a tablet and 44% on a smartphone, according to a recent report by Yesmail.

The email conversion rate (number of orders divided by unique clicks) remains higher for desktop than for mobile (3.7% versus 1.3%). However, revenue per mobile click is almost double that of a desktop click, suggesting that even though emails are clicked through less often on mobile devices, those mobile clicks lead to purchases more frequently than desktop clicks do.

Below, additional key findings from the report, which was based on data from 5.4 billion emails sent in 3Q13. 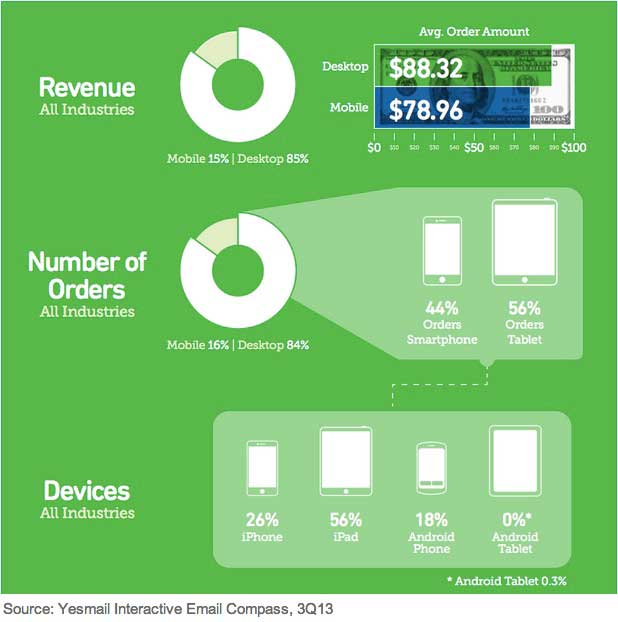 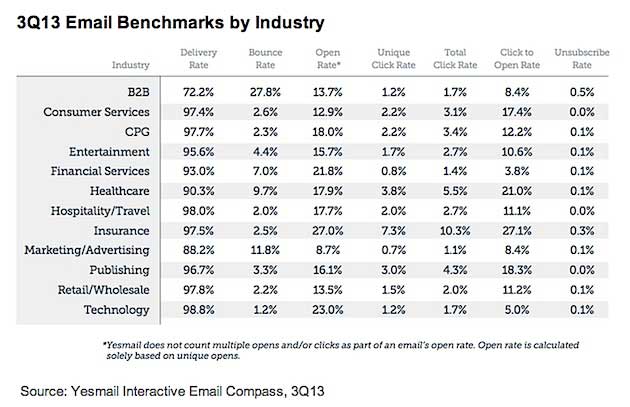 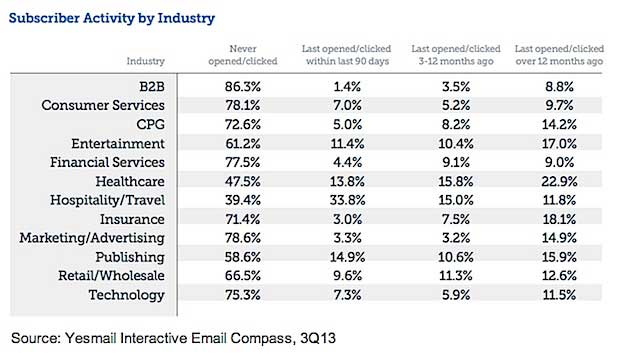 About the research: The report was based on data from 5.4 billion emails sent in 3Q13.