Dove Beauty Sketches, a three-minute video that aims to show women they are more beautiful than they think they are, is the most shared ad of 2013, according to a recent analysis by Unruly Media.

In second place, with 4.03 million shares, is GEICO’s Hump Day commercial. The ad, which celebrates the middle of the workweek, has trended every Wednesday since its launch in May. That pattern does not follow the normal ad-sharing trends for the rest of the list, for which a quarter of total shares happened within the first three days of launch. About 67% of the Hump Day shares occurred on a Wednesday.

Below are the top 10 ads of the year, based on the number of shares as opposed to the number of views. The analysis did not include movie or TV trailers.

Here are the ads that ranked 11-20 in the analysis: 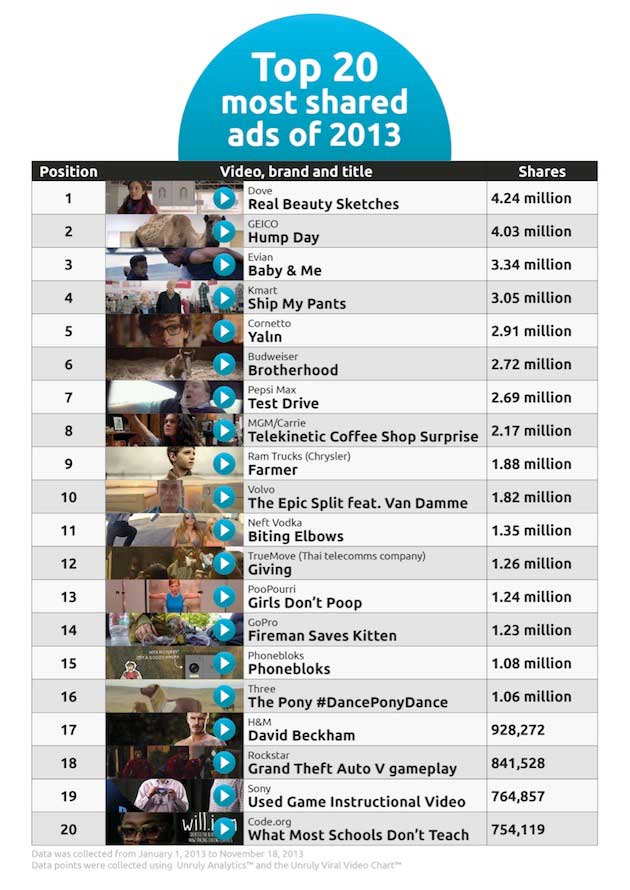 About the research: The rankings were based on the number of shares on Twitter, Facebook, and the blogs as opposed to the number of views. The analysis did not include movie or TV trailers. Data was collected from January 1, 2013 to November 18, 2013.