This summer, when Google introduced Gmail Tabs—a feature that automatically filters incoming messages into separate areas (tabs)—many marketers worried that their emails would stop reaching users' primary tab and wind up in a secondary tab, where they would be ignored.

It turns out they were half-right: A recent analysis by Return Path found that 90% of commercial emails now wind up in the Promotions tab, and only 0.3% go to the main tab.

However, contrary to some expectations, the study found that Gmail users are actively searching for marketing messages in the Promotions tab and reading them at almost the same rates as before the feature was introduced.

For some industry sectors, slight declines occurred in key email marketing metrics since the introduction of Tabs, but some large sectors maintained their performance levels, and a few even recorded higher read rates. 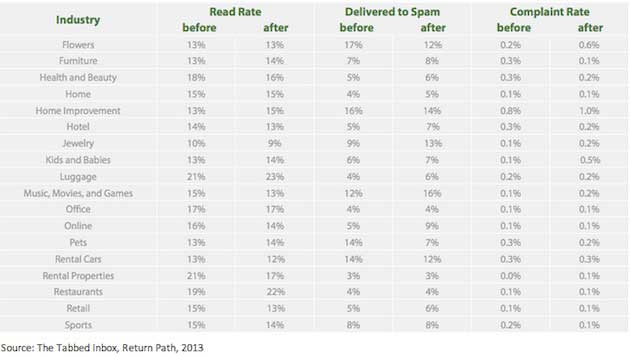 Below, additional key findings from the report, which was based on data from 3 million people who agreed to anonymously share their inbox experiences. 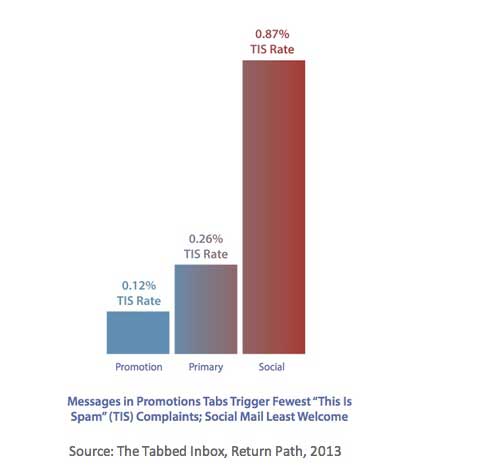 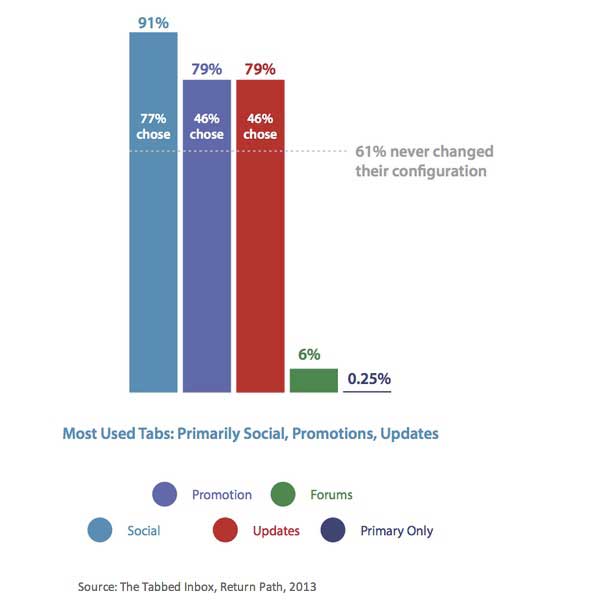 About the research: The report was based on data from Return Path's panel of email users—approximately 3 million people who agree to anonymously share their inbox experience. The study included 400,000 distinct Gmail inbox configurations from users whose email engagement scores fell between the 5th and 95th percentiles during October 2013, eliminating the least and most active accounts from the analysis.