The most effective method for brand discovery remains articles published in mainstream media outlets, according to a recent report by GlobalWebIndex.

However, consumers are increasingly engaging with this content in digital form, rather than finding it in print.

After newspaper and magazine articles published on the Web, the next most common method for discovering new brands is recommendations from real-life friends. Consumer comments on message boards is third, and results from search engines is fourth.

Advertisements and celebrity endorsements land in the middle of the pack, as do recommendations from digital friends and blogger reviews.

The least common method for finding new brands is via deals on group buying websites, such as Groupon. 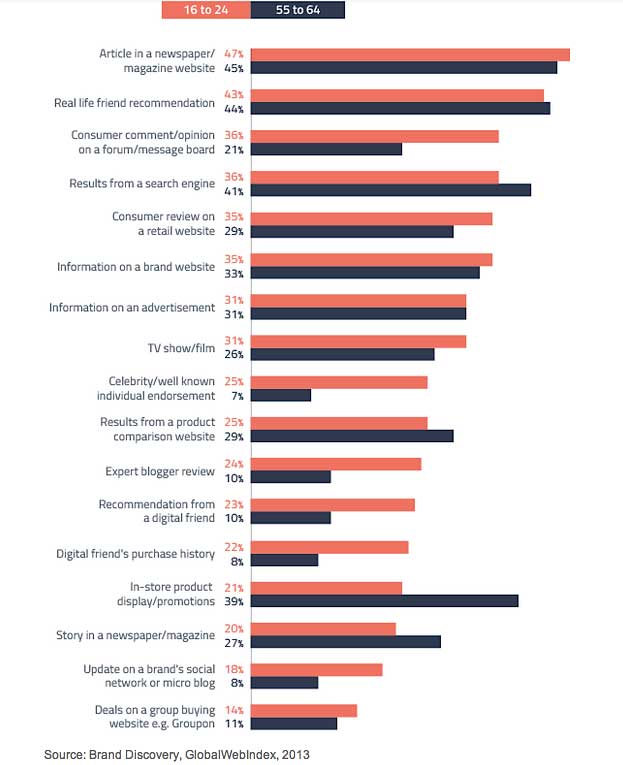 About the research: The report was based on data from an online survey of global internet users ages 16-24 and 55-65.